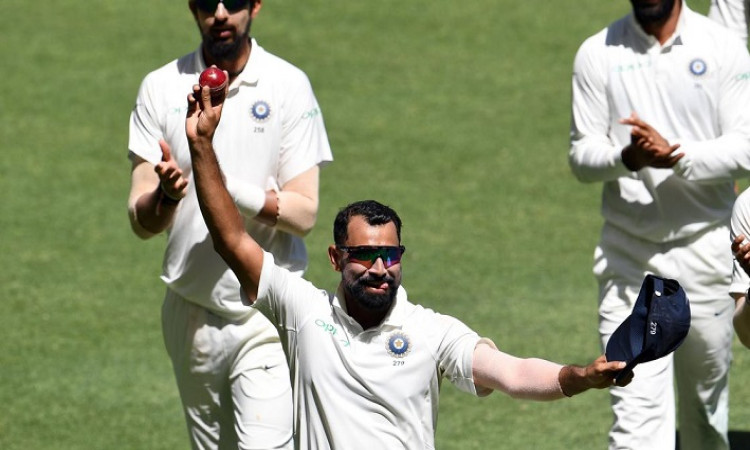 Perth, Dec 17 (CRICKETNMORE):  After returning with career-best figures of 6/56 on Day 4 of the second Test against Australia, India pacer Mohammed Shami credited his success to the 'right line and length'.

"I always try to bowl at the right line and length. Whether or not to get the wicket depends on your luck," said Shami after the end of the fourth day's play.

"I believe that if you focus on your line and length, you will get wickets in Test cricket," he opined.

Meanwhile, after scalping 44 wickets this year, Shami now holds the record for the most dismissals by an India pacer in 2018.

"When you are bowling in tandem with your partner and you're both keeping it tight, the game turns in your favour in quick time," Shami was quoted as saying by the ICC website.

"You can see that in our performance. When you're bowling in tandem with your partner and you're both keeping it tight, the game turns in your favour in quick time. The bowler who bowls at the other end is very important," the pacer said.