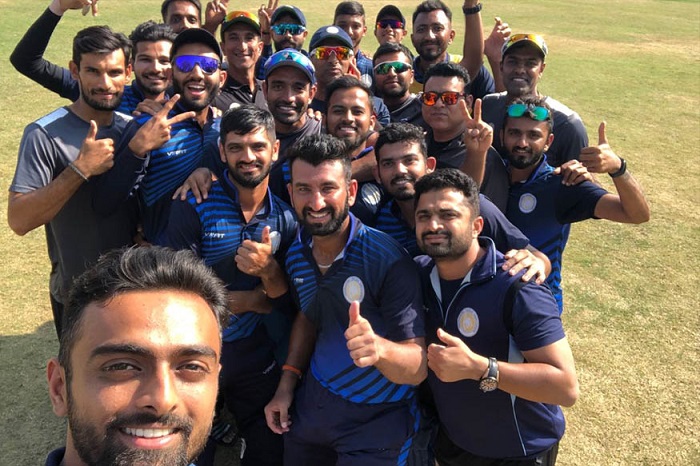 Asked to bat, Saurashtra batsmen Ravindra Jadeja (56) and Aarpit Vasavada (58) starred to post 255 runs on the board. Later, Dharmendrasinh Jadeja (4/40) produced a disciplined bowling effort to dismiss Andhra for 196 runs in the semi-final.

Saurashtra will clash with Karnataka in the final on Tuesday.

Following the dismissals, batsmen Bodapati Sumanth and Dwaraka Ravi Teja scored identical 42 runs to put Andhra back in the hunt. The two were involved in a 59-run stand before the former was dismissed by Jadeja.

Later, the bottom order failed to do much with the bat as Jadeja kept picking up wickets at regular intervals.

Earlier, asked to bat, Saurashtra opener Samarth Vyas (46) played an important knock at the top of the order.

Later, Jadeja and Vasavada scored vital half-centuries to put their side in a strong position. The former hit four boundaries and one six in his innings while the latter had identical four and two hits over the fence.

In the process, the pair forged a 112-run fifth wicket stand before Vasavada was cleaned up by Karthik Raman (4/69).

However, the lower order batsmen could not do much with the bat and were sent back to the pavilion in quick succession.