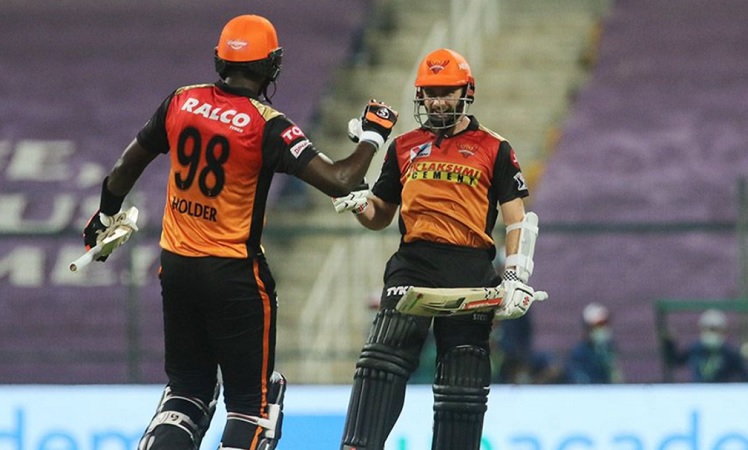 SRH, who have never won the title, will now play Delhi Capitals (DC) on Sunday in Abu Dhabi. DC had lost Qualifier 1 to four-time champions Mumbai Indians. The final will be played on Tuesday in Dubai.

Friday's result also means that Virat Kohli's dream of laying his hands on the coveted trophy was once again shattered.

In a do-or-die battle, SRH held their nerves in a low-scoring but tense match going down the wire. SRH first rode their bowler's decent show to restrict RCB to a paltry 131/7 wickets and later an unbeaten half-century from Kane Williamson (50 not out) and Jason Holder's sensible 24-run contribution helped them cross the line with two balls and six wickets to spare.

Warner (17) and Manish Pandey (24) shared a 41-run partnership for the second wicket before Siraj packed back the SRH opener in the sixth over.

It seemed RCB has tightened its grip in the contest as SRH endured a mini-collapse. After Warner, the 'Orange Army' went on to lose Pandey and Priyam Garg (7) within another 24 runs and were placed at 67/4 in 11.5 overs.

Williamson and Holder then took control of the proceedings, denying the RCB bowlers to make any further inroads. The duo's brilliant batting in the middle ensured SRH crosses the line in the allotted time.

The contest however, turned a thrilling affair with SRH needing nine of the final over but Holder's consecutive boundaries off Navdeep Saini (0/31) ensured the night belonged to SRH.

Williamson's masterclass act contained two boundaries and as many sixes.

Earlier, all-rounder Holder scalped three wickets for 25 runs while T. Natarajan bagged two for 33 runs to restrict RCB at 131/7 wickets in the allotted 20 overs.
Put into bat, the RCB big names faltered when it mattered the most as Kohli (6), Devdutt Padikkal (1) fell cheaply as Holder accounted for both the wickets. It meant that Kohli's ploy of opening the innings for RCB also backfired.

It was AB de Villers (56 off 43) gritty knock along with Aaron Finch's 32 that saw RCB somehow limping to a moderate total. de Villiers knock contained five boundaries while Finch slammed three fours and a six.