Sep 13 (CRICKETNMORE):  Terming just-retired Alastair Cook as the 'mentally toughest cricketer', English pace great James Anderson has said his former skipper was unflusterable on the pitch which helped him become a great ambassador of the game. 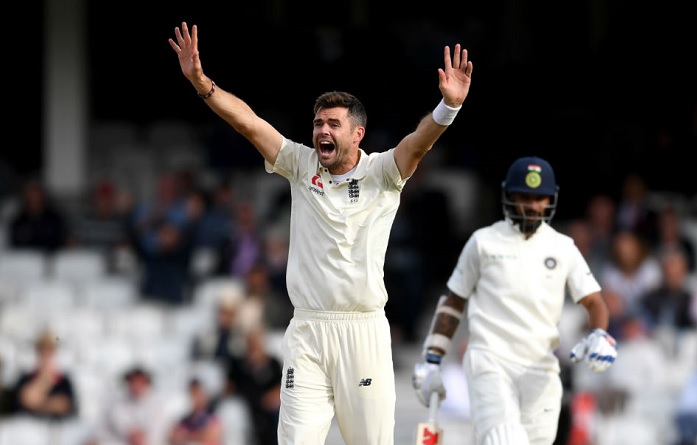 Anderson, who recently surpassed Australian great Glenn McGrath's haul of 563 wickets to become the most successful fast bowler in the history of Test cricket, also said that not counting himself as one of the most destructive batsmen made Cook spend longer time at the crease.

"I think Alastair Cook is the most mentally tough cricketer I ever played with. He accepts that he is not the most destructive batsman, so he has to spend more time at the crease in an innings," Anderson told on a Star Sports special - Ace of Pace.

"It is difficult to unsettle him. He is 'unflusterable'," added the 36-year-old pacer.

Speaking on his greatest influence in the game of cricket, Anderson said: "When I started first team cricket, my captain Warren Hegg said don't worry about swing just try as fast as you can. That helped me, picking the right time."

"That experience helped me later on, when to bowl swing & when to seam. My coach Mike Watkinson taught me how to swing the ball and that was the biggest help. I worked with him very closely when I suffered stress fracture and got back to 1st team cricket in Lancashire," expressed the paceman.

Anderson further said that a fast bowler needs to be mentally fitter than a batsman.

"For a batsman 6 hours on field is different than that for a bowler. You can get hot and bothered, it is more physically demanding. As a bowler you have to make a decision what ball you want to bowl," he opined.

Acknowledging his first ever memory on a cricket field, the right-arm quickie said: "My first memory is about being in the stands of Old Trafford, I was 13-14 years old. Big crowd, I think Yorkshire was playing, big game."

"My heroes -- Peter Martin and Glen Chapple were playing. That was my earliest memory," Anderson added.