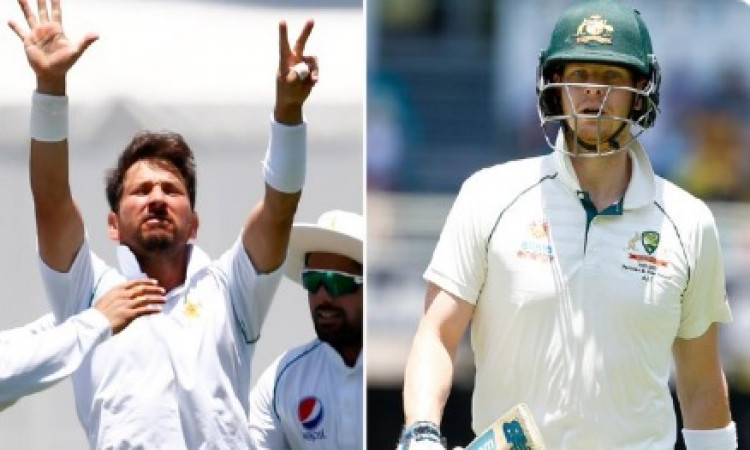 Adelaide, Nov 29  Pakistan leg-spinner Yasir Shah was in the news during the opening Test in Brisbane after he signaled seven having dismissed Australia batsman Steve Smith. The move was hinted at reminding the run-machine the number of times Shah has dismissed him in Tests. But former Pakistan skipper and pace spearhead Wasim Akram believes it was a mistake that could prove to be costly.

"You know in our times, when I played I didn't bother with how many times I got out who," Akram was quoted as saying by FoxSports.com.au on the eve of the second Test. "It was the last thing on our minds. Nowadays, with stats, people know everything."

Also Read: Ponting asked by fan to take a photo, but not with him

"But I, as a bowler, (worried about) 'am I impacting the game or not? Am I winning the game for Pakistan or vice versa?' If not, that doesn't matter if I've got him seven times. It was just an inexperienced mistake. I hope he hasn't poked the bear there," he added.

After serving a one year ban, Smith made a roaring comeback to Test cricket as he scored a whopping 774 runs at an average of 110.57 in the Ashes series this year.

After the end of the 1st Test against Pakistan on Sunday, Smith punished himself by running all the way back from the Gabba Stadium to the team hotel after he was dismissed for just four.

"I always punish myself when I get no runs, just like I reward myself when I score runs with a chocolate bar at the end of the night if I get a hundred," Smith said.

"So yeah, if I get no runs I always like to have a run or go to the gym or do something just to give myself a bit of a punishment," he added.

Reacting to his dismissal by the leg-spinner, Smith, who could just manage four runs in the first Test against Pakistan, said: "Yasir's send-off has given him extra motivation to be more careful in the 2nd Test, which will be a Pink ball affair in Adelaide, played from November 29 to December 3.

"I feel the times he (Yasir Shah) has got me out, I have been on a few runs. I have been slogging in a couple of second innings ones where I was playing some funky shots and stuff so I'm not too worried. It (the send-off) gave me a bit more motivation next game to not get out to him. So, I will probably be a little bit more disciplined against him," he added