Akhtar spoke truth; urge Pak PM to get me out of mess: Danish Kaneria

Lahore, Dec 27:  Danish Kaneria has said that whatever Shoaib Akhtar has spoken about the leg-spinner -- being discriminated within the Pakistan cricket team during their playing days because of his 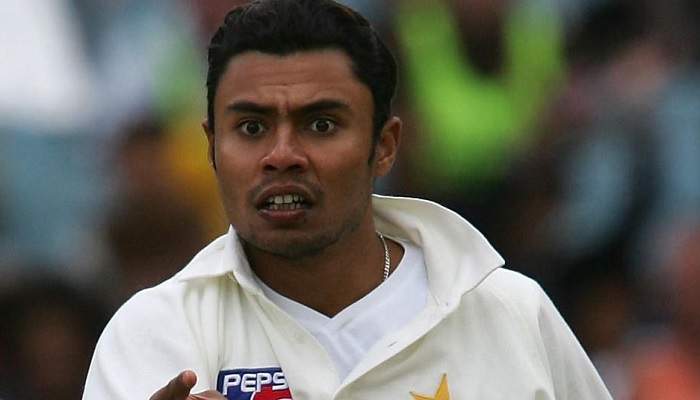 Lahore, Dec 27:  Danish Kaneria has said that whatever Shoaib Akhtar has spoken about the leg-spinner -- being discriminated within the Pakistan cricket team during their playing days because of his Hindu faith -- is true. He, however, has urged people not to politicise the issue.

In a statement, Kaneria has also revealed that his life is "not in a good shape" and therefore urged Pakistan Prime Minister Imran Khan to get him "out of the mess".


Danish Kaneria ill-treated by players due to his religion: Shoaib Akhtar

"Today, I saw the interview of the legendary bowler Shoaib Akhtar. I personally thank him for telling the truth. At the same time, I am grateful to all the players who supported me wholeheartedly as a cricketer. Also thankful to media, genuine cricket administrators, and citizens of Pakistan who supported me regardless of my religious affiliation," he said.

In an interview on PTV's show titled "Game on Hai", Akhtar alleged that there were many who did not want Kaneria to be part of the Pakistan team because of his Hindu faith, that the spinner was never given due credit for his performances and that he was constantly humiliated by his teammates. Akhtar even said that some players even refused to partake food with Kaneria.

Kaneria, who played for Pakistan between 2000 and 2010, is only the second Hindu player to play for Pakistan, the other being Anil Dalpat, incidentally Kaneria's uncle, was a wicketkeeper who played in the 1980s.

"There were certain elements in the society who opposed. However, the opposition could not sustain against the people who loved me. I always remained positive in life and ignored such opposition," the leg-spinner said.

The 39-year-old, who was suspended from cricket in 2012 for fixing allegations, further said that he approached many individuals in Pakistan to get his issues resolved, but his efforts went in vain.

"At the same time, my life is not in a good shape and I approached many individuals in Pakistan and around the world to resolve my issues. Yet, I have not received any help. Issues of many cricketers of Pakistan have been resolved though."

"I gave everything possible for Pakistan as a cricketer and I am very proud of it. And in the hour of need I am positive that the people of Pakistan will help me.

"I need support from all legendary players of Pakistan including honourable Prime Minister Imran Khan, cricket administrators of Pakistan and other countries to get me out of the mess. Please come forward and help me out."

Kaneria is fourth in the list of bowlers who have taken most Test wickets for Pakistan, behind only fast bowlers Wasim Akram, Waqar Younis, and Imran Khan. With 261 wickets in 62 Tests, the leggie remains one of Pakistan's best spinners in recent times.