Aim is to reach top-4 in both ODIs & Tests: Dimuth Karunaratne 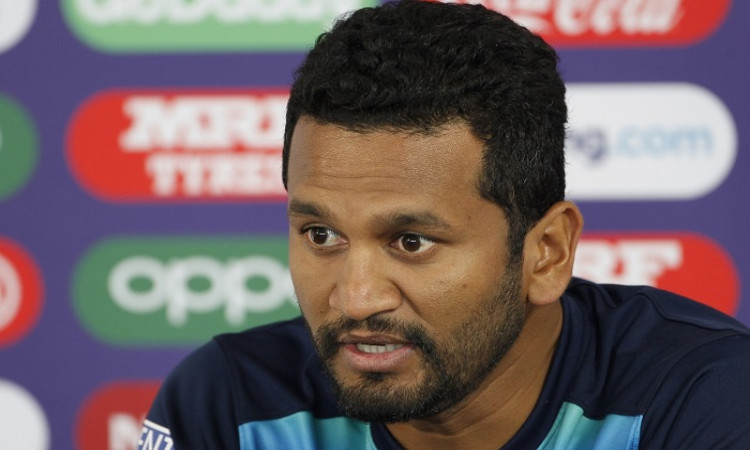 Colombo, May 10:  Sri Lanka captain Dimuth Karunaratne heaped praise on new coach Mickey Arthur on Sunday and stated the team's aim is to reach the top four in ICC rankings for both ODIs and Test cricket. Arthur took over as Sri Lanka's head coach on a two-year contract in December and Karunaratne said his results speak for themselves.

"Mickey is a no-nonsense cool bloke with loads of experience to back him and his brand. At the international level planning and role clarity is a norm. What is very important is the belief he has instilled among us in his own and subtle way. It sure helped and the results always speak for itself," Karunaratne told Sri Lanka Cricket in a Q&A session on their official website cricket.lk.

"Rankings is the key word. I'd say Sri Lanka needs to be in the top four of not just ODI cricket, but Test cricket as well. That would indirectly mean semifinalists to say the least and you are perhaps two games away from the plum. There onwards, it's anybody's guess and if you do well on your day you could end up being World champs," said the 32-year old.

Sri Lanka lost a two-Test series in Pakistan before defeating Zimbabwe at home since Arthur's appointment. They are currently ranked fifth in the format.

In the ODIs, they are eighth but managed to beat West Indies 3-0 in their last series before the COVID-19 pandemic brought the world to a standstill.

"The boys and the respective squads are enjoying their cricket and that makes my job that much easier," he said of his role.

"If you like what you are doing and the environment to do so is conducive, the balance at this level of sport becomes that much more beneficial. I think its pretty similar to life or managing a company."

Karunaratne has so far hit nine Test centuries at a healthy average of 36.78. Asked about his personal goal, he said: "I have nine centuries from 66 Test matches, while many will argue that I should or could have converted some of the 24 half centuries I scored into centuries, thus increasing my overall tally of centuries.

"However, I am learning from each game. Test cricket is super supreme and it's certainly not a walk in the park! The stretched goal is 25 centuries and a 50+ average."