Vizianagaram, Sep 27:  Aiden Markram continued his good form with the bat as he scored a century while Temba Bavuma remained unbeaten on 55 as South Africans reached 199/4 after 50 overs at stumps on Day 2 of the three-day tour game against Indian Board President's XI on Friday. 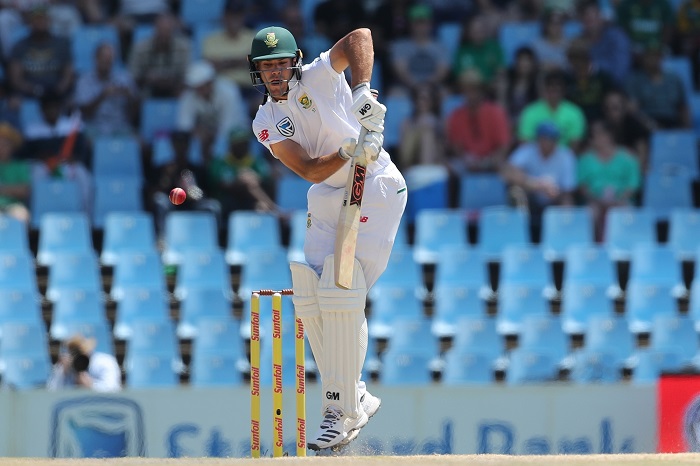 After the first day was washed out without a ball being bowled due to inclement weather, the South Africans led by skipper Faf du Plessis opted to bat first after winning the toss.

Markram, who scored a superb 161 for the 'A' side in their second four-day game against India 'A' in Mysore, scored 100 off 118 balls, his innings laced with 18 fours and two sixes before retiring hurt.

For the BP XI led by Rohit Sharma -- set to open the batting for India in the Test series -- left-arm spinner Dharmendrasinh Jadeja took two wickets as Bavuma remained not out on 55 from 92 balls when bad light stopped play. du Plessis was trapped in front by Jadeja for just nine runs.