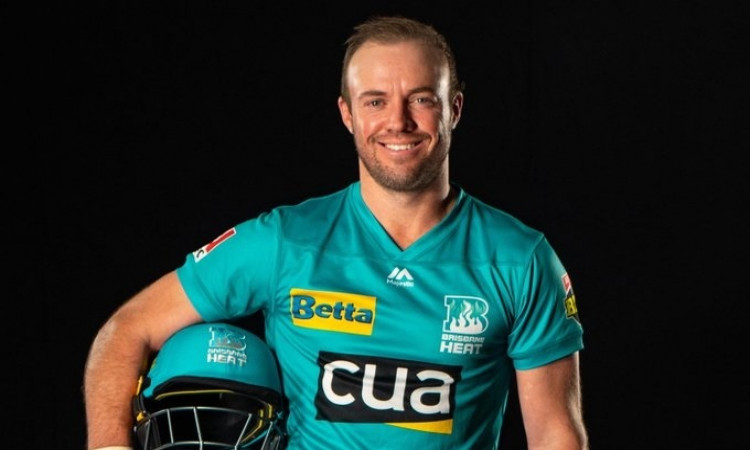 Melbourne, Jan 17:  Days after expressing his desire to play for South Africa in the T20 World Cup, former Proteas batsman AB de Villiers has now revealed his wish to represent the country in ODI cricket.

de Villiers reaffirmed his desire to return to 50-overs cricket while speaking to commentator Adam Gilchrist during Melbourne Heat's loss to the Adelaide Strikers in the ongoing edition of the Big Bash League (BBL).

"I would love to play, that was never the problem," de Villiers, who had hung up his Proteas shirt in May 2018, was quoted as saying by Fox Sports.

"I always wanted to play for South Africa, it's a great honour to play international cricket," he added.

The 35-year-old believes the appointment of Graeme Smith and Mark Boucher to key roles in Cricket South Africa will help him return to the two shorter formats for his country.

"I've been chatting with Mark Boucher, Smithy and some of the guys involved so hopefully it all works out," he said.

"We've had a few good discussions about the possible way forward. I'm going to have to score some runs obviously.

"Watching some of the Test matches over December I was definitely thinking it would be really nice to be out there, but things have changed in my life ... I don't want to play 11 months of the year any more, it's too much.

"ODIs I wouldn't take completely out of the equation, but for Test matches it's pretty much done," said the 114-Tests veteran.

de Villiers had tried to come out of retirement ahead of the 2019 World Cup, making himself available for selection. However, CSA selectors felt it was too late.