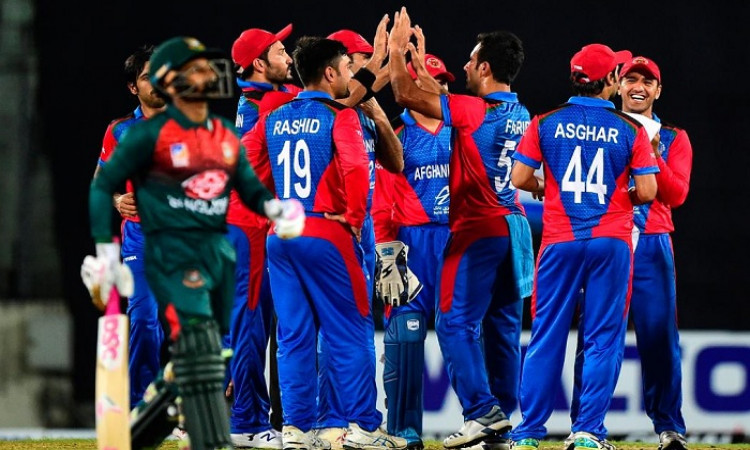 Dhaka, Sep 16:  Afghanistan have created a new record for registering the most consecutive wins in T20 Internationals.

On Sunday, Afghanistan rode on brilliant performances from Mohammad Nabi and Mujeeb Ur Rahman as they defeated Bangladesh by 25 runs in the third match of the ongoing tri-series involving Zimbabwe as well.

Batting first, Afghanistan scored 164/6 in 20 overs, thanks to a brilliant 84 from Nabi. In reply, Bangladesh could only manage 139 runs as they bowed down before Rahman who picked up four wickets giving away just 15 runs in his stipulated four-over spell.

It was Afghanistan's 12th successive victory in the shortest format of the game. Since February 5, 2018, Afghanistan have won all their 12 T20Is played till now.

The previous record of registering successive T20I victories was also held by Afghanistan when they had completed 11 T20I wins from March 27, 2016 to March 12, 2017.

Afghanistan will next take on Zimbabwe on September 20 at the Zahur Ahmed Chowdhury Stadium in Chattogram.