None of the cricket fans captivated by the T20 World Cup have more reason than the Afghans to want to lose themselves in a moment of sporting joy. Afghanistan's opening match on Monday against Sco 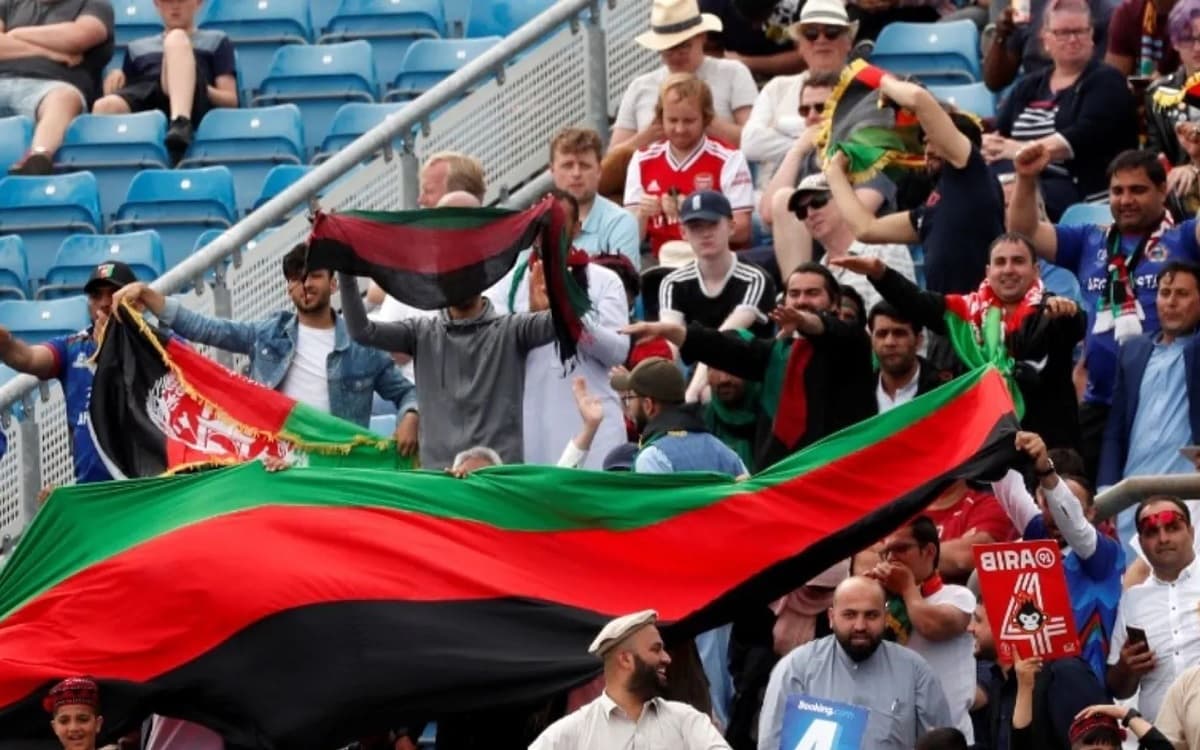 None of the cricket fans captivated by the T20 World Cup have more reason than the Afghans to want to lose themselves in a moment of sporting joy.

"The war made us so exhausted, so tired. We want a moment of joy," said Nasir Khan Naseri, a floridly bearded 50-year-old who marched for peace in the years before the Taliban takeover.

The former social worker now helps out at the Sole Restaurant, a popular hang out in east Kabul, where men gather to sip tea and watch televised cricket while sheep carcasses are butchered and grilled.

"We want to be like other parts of the world, to enjoy the match and put aside the current situation," Naseri said as Afghanistan's openers started clocking up the runs against Scotland's bowlers.

The Sole could be a kebab joint anywhere in the cricket-loving world -- aside from the security guard armed with an M4 assault rifle equipped with a telescopic sight, its black paint worn through to gunmetal grey with age.

Two Taliban fighters watched the game alongside the other clients, wearing the grey digital camo pattern shalwar kameez uniform of the city's new police force, formed since their movement seized Kabul in August.

There are no women to be seen, but the mood among the men was relaxed and cheerful.

When a local mosque loudspeaker broadcast a prayer the cashier turned off the English-language television commentary out of respect, just as Afghanistan's impressive batsmen hit 93 for two.

Before the tournament, Afghanistan's team captain Mohammad Nabi admitted that "the only happiness in Afghanistan is cricket" and said the team hopes to put a "lot of smiles on faces".

But as winter arrives the country is on the brink of an acute food shortage that threatens thousands of lives.

And Afghans are nervous that the new Islamist government, led by conservative clerics, will crack down on freedoms and seek to stamp out fun like music and sport, particularly for women.

So far, however, the fans agree that the Taliban -- which did not ban men's cricket when they were last in power before 2001 -- have not cracked down on the daily life of men in any organised way.

- Ban on women? -
"Until now, their action and their words are not so clear," said Mohammed Qader Zorawar, the 38-year-old proprietor of the restaurant, a cricket fan and a founder of Afghanistan's archery federation.

"The Taliban are not against cricket, it was founded in the Taliban time," he said, describing an era when Afghan refugees in neighbouring Pakistan picked up a love for the sport and brought it home.

The debut of the men's team in the T20 World Cup was a resounding success, thrashing a sorry Scotland by 130 runs, but the team as a whole has an uncertain future in international cricket.

If Afghanistan fails to field a women's team it could find itself barred from international competition.

The Taliban have yet to formally ban women's sport, as they did when last they ruled from Kabul, but fear of persecution has driven many sportswomen into exile or hiding.

The same regular refugee flight to Qatar that the men's team used to travel to the Gulf for the competition in the UAE has also carried away many terrified sportswomen.

According to Zorawar, most Afghan fans have no problem with female competitors, "but now most of them have fled the country, or are just in their homes, and now they live very hidden."

For now though, fans are just looking forward to the next match, on Friday, when Afghanistan takes on its cricket powerhouse neighbour: Pakistan.

Everyone in the restaurant agrees. Just taking part in a World Cup is great for Afghanistan, win or lose, but it would be sweet to beat Pakistan.