A career-best wicket haul by leg-spinner Rashid Khan helped Afghanistan level their two-match series against Zimbabwe with a hard-fought victory in the second Test in Abu Dhabi on Sunday. 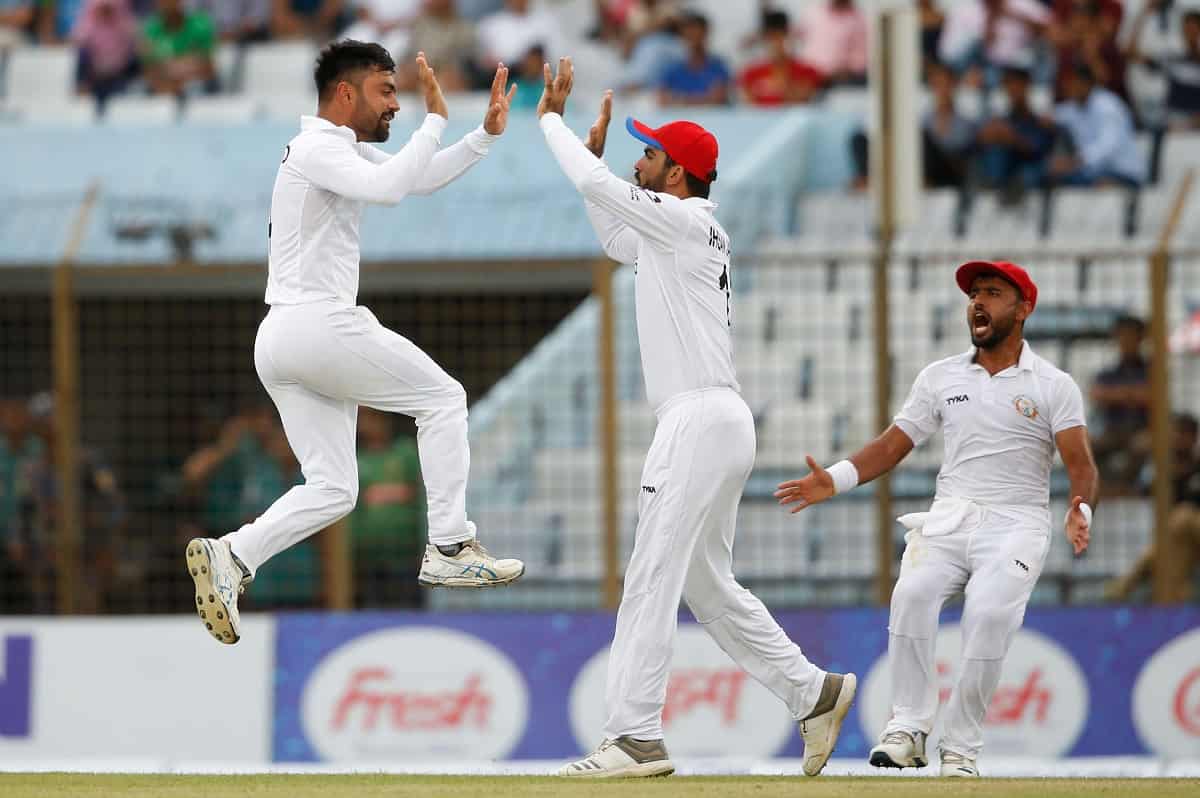 The 22-year-old continued his fairytale rise at the international level with 7-137 in a marathon 62.5 overs effort to end Zimbabwe's resistance-packed second innings on 365, soon after lunch on the fifth and final day.

That gave Afghanistan 108 runs to win in 45 overs which they achieved for the loss of four wickets, two each to pacer Blessing Muzarabani and spinner Ryan Burl. But Rahmat Shah with 58 and Ibrahim Zadran 29 ensured Afghanistan achieved the target to win by six wickets and level the series at 1-1.

Rashid, whose previous best of 6-49 came against Bangladesh at Chattogram in 2019, finished the match with figures of 11-275, his second ten-wicket haul in five Tests. But the wily spinner had to overcome a tough eighth-wicket stand of 187 -- a new record stand for Zimbabwe in all Tests -- between skipper Sean Williams and Donald Tiripano.