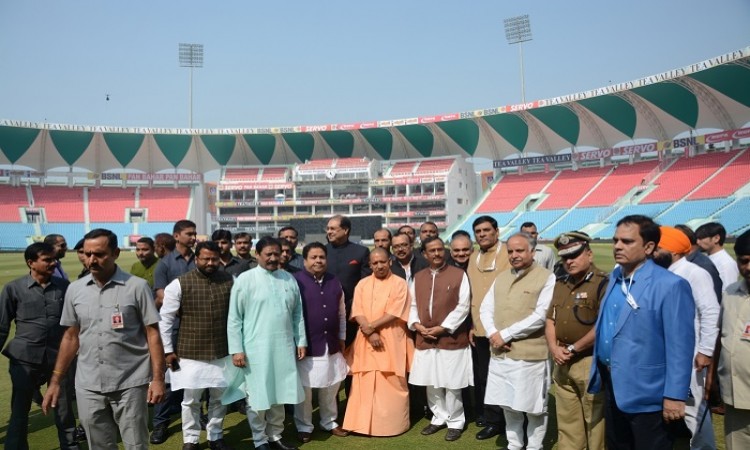 The Chief Minister said his government was committed to promoting sports both in rural and urban areas.

The inauguration ceremony of the stadium was preponed to the morning as the Chief Minister will be in Ayodhya in the evening where the first lady of South Korea and other dignitaries will be attending festivities. More than three lakh 'diyas' will be lit up on the banks of river Saryu in Ayodhya.

The stadium, built on a public-private partnership (PPP) mode during the Samajwadi Party regime, was earlier known as the Ekana International Cricket Stadium. It was renamed after former Prime Minister Atal Bihari Vajpayee on Monday night, just a day before the second India-Windies T20 match.