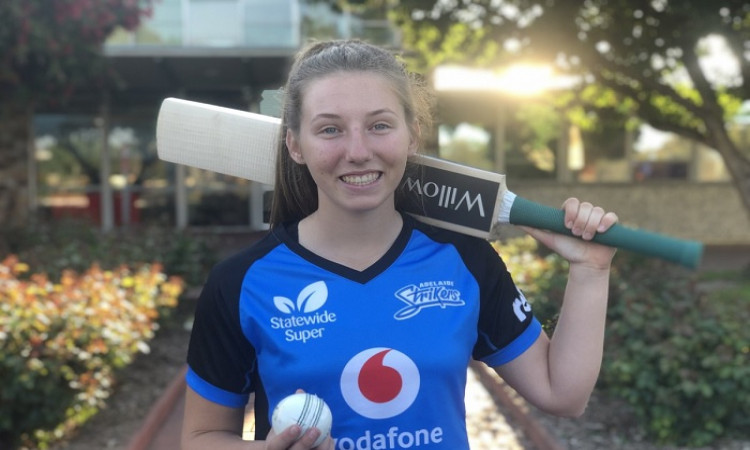 Adelaide, Oct 7:  Adelaide Strikers have signed 16-year-old Darcie Brown for the upcoming season of the Women's Big Bash League (WBBL). Brown, who has signed a three-year deal with the Adelaide Strikers, has become youngest ever player (male or female) to sign a contract with the franchise.

Born and raised in Kapunda, Brown moved to Adelaide to complete her education at Henley High earlier this year, with the school offering highly-regarded sports programs.

She is one of the fastest female bowlers in the state, being clocked at speeds of up to 116 kmph, states the official website of the franchise.

In early 2019, Brown was selected for the U-19 Australian side at just 15 years of age, travelling to New Zealand to play a series against the New Zealand development squad.

"It's a wonderful opportunity for Darcie to join our group - she's just an exceptionally exciting young talent and just for her to mix with the calibre of players we've got both from an overseas point of view and our locals, will be great for her development," head coach Luke Williams said.

The Strikers will begin their WBBL campaign at Karen Rolton Oval on October 19 and 20.