Former South Africa batsman AB de Villiers has decided not to play for Brisbane Heat in the upcoming edition of the Big Bash League (BBL) as he and his wife are expecting their third child. 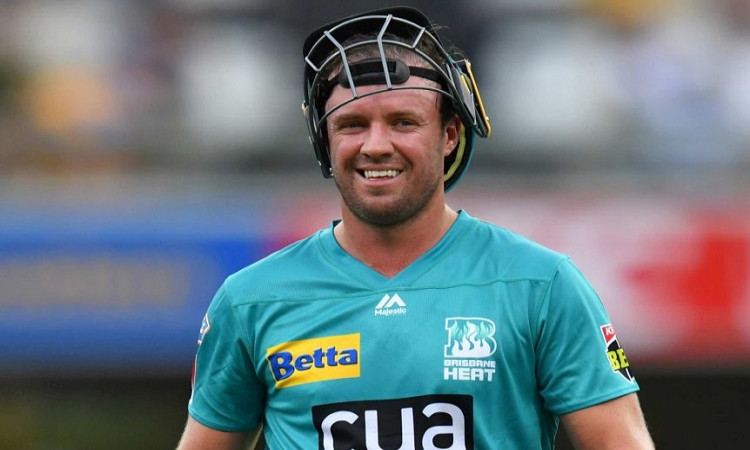 In a statement, de Villiers also said uncertainties surrounding travel and conditions due to the Covid-19 situation played a part in him opting out for the T20 tournament.

"We're expecting our latest child very soon and with a young, growing family and the uncertainty around travel and conditions due to Covid-19, we reluctantly decided it wasn't going to be this season," de Villiers said.

"The Heat were great to us last season and I am very open to returning to the club in future. The team didn't get the results we were hoping for and I consider there is some unfinished business to deal with," he added.

The 36-year-old had signed the contract with the BBL franchise last season and ended up with 146 runs at an average of 24.33.

Meanwhile, Heat has re-signed Afghanistan's spinner Mujeeb ur Rahman. "We are pleased to have Mujeeb back with us and with the BBL schedule potentially looking quite different to the usual format, his versatility and ability to create chances in a range of conditions will be very important for us," said head coach Darren Lehmann.

Mujeeb, who will be playing his third season for the franchise, bagged three wickets at an economy rate of 6.16 last season.