AB de Villiers has a new nickname for Virat Kohli 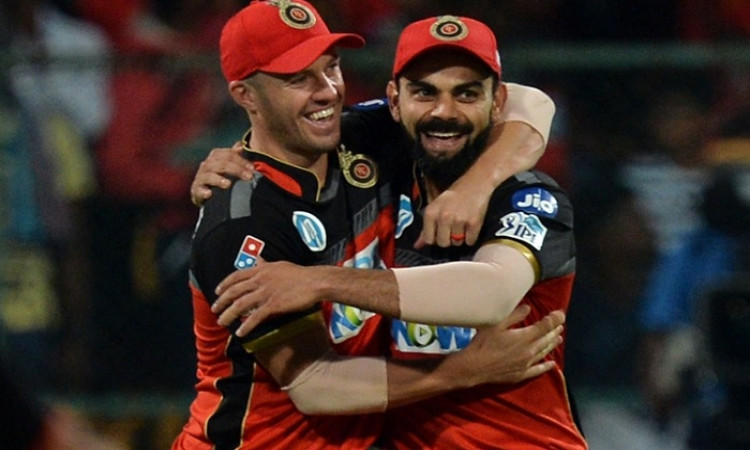 New Delhi, April 20 (CRICKETNMORE):  It is well known that star Indian batsman Virat Kohli is fondly called 'chiku' by his teammates inside the national dressing room. Apart from this, Kohli has been given various other nicknames across the cricketing fraternity such as 'run machine', 'King Kohli', 'chase master', which people use while talking about his batting skills.

However, the 30-year-old Indian skipper got one more nickname following his prolific ton in the ongoing edition of the Indian Premier League (IPL).

After Kohli scored a match-winning hundred against Kolkata Knight Riders (KKR) at the Eden Gardens on Friday, de Villiers heaped praise on his Royal Challengers Bangalore (RCB) captain and called him "little biscuit".

"VIRAT!!!!!!!!!!! you little biscuit. Top knock from Moeen Ali as well. Bowlers to follow through what's been a very good 1st half," said de Villiers on Twitter.

RCB defeated KKR by 10 runs in what was a must-win clash for them to keep their slim chances of making it to the playoffs alive in the ongoing edition of the IPL.

Riding on the blistering ton from Kohli (100 off 58 balls) and a 66-run knock from Moeen Ali, RCB posted 213/4 in their 20 overs which they successfully defended.

This was Kohli's first century in this IPL season and fifth overall.

De Villiers was not 100 per cent fit before the start of the game and Kohli decided to rest him. After the game, Kohli said that the former South Africa batsman was disappointed at not being a part of the match. "AB was disappointed for not making it for the game tonight and I told him that I'll give him a hug if we win tonight." 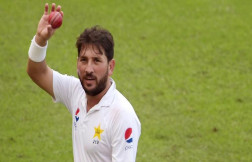 Googly will be my most important weapon against Eng, says Yasir Shah