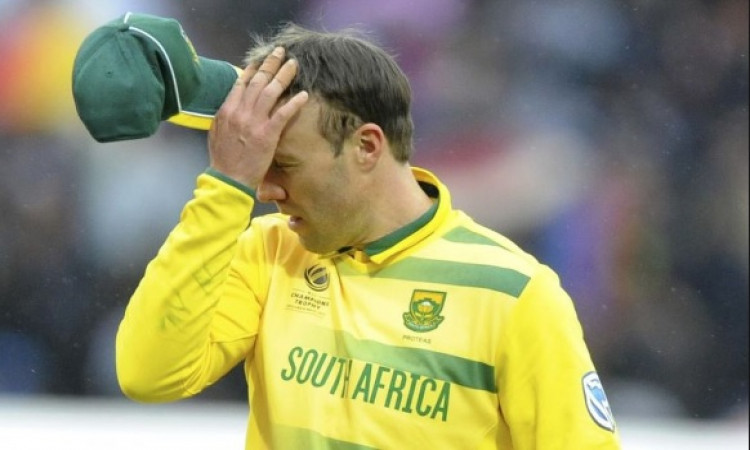 June 6 (CRICKETNMORE) Former South Africa batsman AB de Villiers had offered to come out of retirement for the ongoing World Cup, but it was turned down by Cricket South Africa.

According to a report in ESPNcricinfo, the offer was made by de Villiers in May, just a day before South Africa selectors announced their final 15-member squad for the prestigious quadrennial event.

However, South Africa team management declined the offer with a thinking that a recall would, among other things, be unfair to the squad that had been together for the past year since de Villiers announced his retirement.

The report also said that De Villiers had approached Proteas skipper Faf du Plessis, head coach Ottis Gibson and convenor of selectors Linda Zondi, where he expressed his desire to reverse his retirement and play for the team in the World Cup. However, the team management declined his offer.

There were two main reasons why the team management decided not to accept de Villiers' offer.

First, he had retired in May 2018, exactly a year before the World Cup was scheduled and, therefore, he did not fulfil the selection criteria, which included playing South African domestic cricket or international cricket in the intervening months.

Secondly, it was also felt that recalling the 35-year-old would be unfair on the players who had been performing in his absence.

Last year, de Villiers had called time on his 14-year international career with immediate effect, stating that he was "tired" and "running out of gas".

The revelation has come at a time when South Africa are having a horrid campaign in the ongoing World Cup. They have faced three defeats in the first three matches of the tournament, which included Wednesday's six-wicket loss to India at the Ageas Bowl.

In order to remain in contention for a semi-final spot, South Africa need to win all their six remaining games, starting with Monday's clash against West Indies in Southampton.