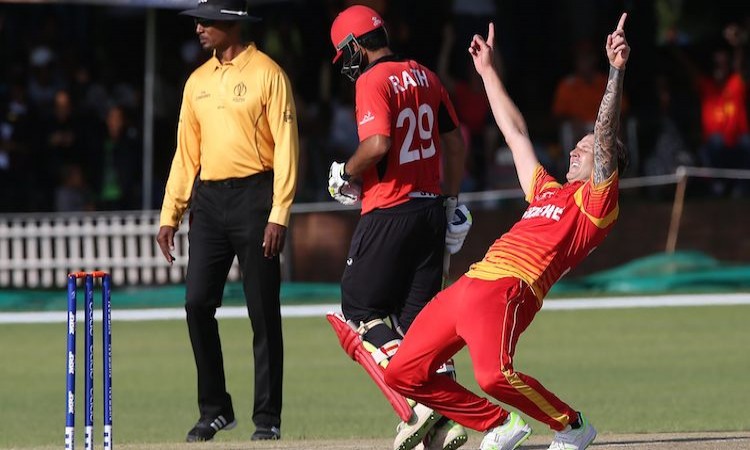 March 10 (CRICKETNMORE) - Zimbabwe also maintained their unbeaten run in Group B and progressed to the next stage with an 89 runs victory over Hong Kong on Saturday.

Hamilton Mazakadza scored a 110-ball 84 with seven fours and a six, Brendan Taylor hit four fours in a 51-ball 46 and a 25-ball cameo by opener Cephas Zhuwao, which included six fours and three sixes, propelled Zimbabwe to an imposing 263 for nine.

Hong Kong’s Anshuman Rath fought a lone battle scoring 85 but wickets continued to fall at the other end until the Asian side was bowled out for 174 in 46.5 overs. Sikandar Raza was the most successful bowler with three for 30, while Kyle Jarvis, Graeme Cremer and Sean Williams took two wickets apiece.

Zimbabwe will now take on defending champions Scotland on Monday and the winner of the match will take four points into the Super Six, while the loser will go through with two points.