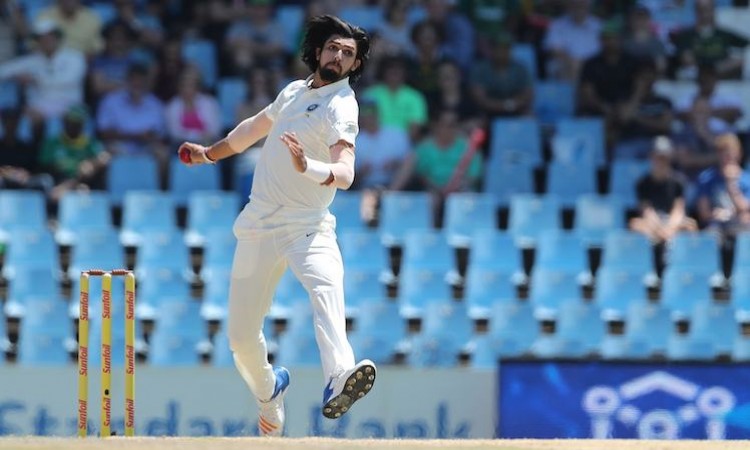 Centurion (South Africa), Jan 14 - India pacer Ishant Sharma on Sunday said the morning session of the third day's play against South Africa will be important for the team.

Ishant, who bagged three wickets in the first innings, said it is crucial for the team that how skipper Virat Kohli and Hadrik Pandya will perform in the morning session.

"If Kohli and Pandya have a good partnership, then we can be in front. Tomorrow's morning session is very important for us. Today, it was a pretty even after we bowled them out below 350 and got to 183 for five," Ishant told reporters.

Kohli (85 batting) waged a lone battle to lift the struggling visitors to 183 for five in their first innings on the second day.

The flamboyant Delhi right-hander hit eight fours in his unbeaten 16th half-century in Test cricket after India bowled out the hosts for 335 in their first innings in the morning session.

Kohli and Hardik Pandya (11 batting) were at the crease as the umpires called for the end of day's play with India still 152 runs in arrear.

Commenting on the pitch here, the right-arm pacer said before the match they were expecting the bounce track but the track here was little slow.

"We expected there would be bounce on the wicket. It was quite slow, as it was two paced. On such wickets you have to be very disciplined, so that the game doesn't open up and go out of control," he added.