Russell blitz took the game away from Delhi: Sriram 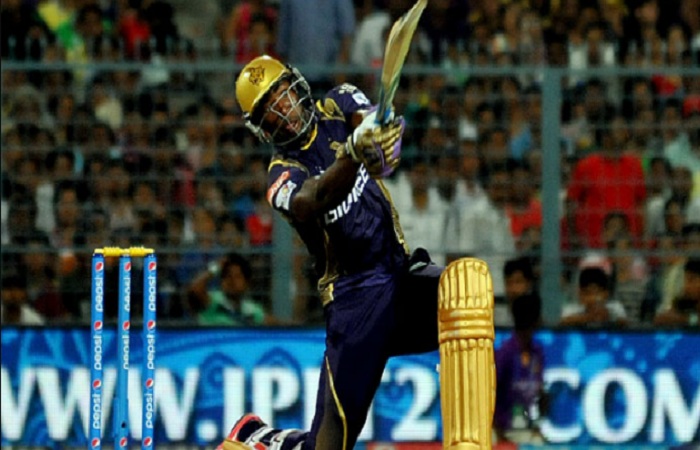 "The way they got 200 was a bit too much on this wicket. I think 170-180 was about par score. That Russell blitz in the middle took the game away. When he is in that sort of flow it's difficult. We did all our planning but the execution just wasn't right," Sriram told reporters at the post match press conference.

Russell came in with KKR 113/4 in the 14th over. In the 12 balls he faced, the burly West Indian all-rounder clobbered six sixes -- all off Mohammed Shami -- adding 61 to his team's total in the company of Nitish Rana who anchored the KKR innings with a classy 35-ball 59.

"I think Rishabh and Maxwell were set up to do that but that did not happen whereas in Wankhede, Jason Roy (53-ball 91 not out) did that for us and that made the target achievable," the coach added.

Asked how important Rana's knock was, Sridhar felt that if Russell had not played the way he did, they could have restricted KKR to 170 odd.

"His (Russell) innings overshadowed what Nitish Rana did. Had Russell got out earlier, we would have still got them under 170. That dropped catch by Jason Roy, 165-170..Nitish Rana wasn't going to be that dangerous at the end and cause as much damage as what Russell did.

"Not taking any credit away from him, but the Russell innings was a match winning one. You would expect a Nitish Rana to play like that but still end up with 170 and 170 is chaseable. But when somebody gets 41 in 12 balls, that wins the game for you."

Sriram said Delhi's Powerplay bowling is a concern, also backing India pacer Mohammed Shami who was hit for six sixes by Russell and leaked as many as 53 runs in four overs.

"Our Powerplay bowling is a concern and we need to address that very quickly.

"He (Shami) has got to come up with some sort of strategy. He started well today. His first couple of overs were very good.

"That dropped catch was off him, it would have been a completely different day for him. That's what sport is all about and he got on the wrong side of russell. He lost the plot for about 6-7 balls and that's enough for you to have a bad game," said Sriram, who has played eight ODIs for India.

Roy dropped Russell when he was batting on seven off Shami's bowling.

Asked about KKR spinners, Sriram said while Sunil Narine is hard to get away, wrist spinners Kuldeep Yadav and Piyush Chawla were not extraordinary.

"Sunil Narine is obviously very good but the other two are very gettable, Kuldeep got away with his long hops which we could say we were unlucky or he could say he was lucky. But on any other day 10 metre this way or that way both would have been sixes. And that's the way the game goes. They bank a lot on their spinners. I think today they were gettable."

Kuldeep and Narine shared six wickets between them to trigger Delhi's collapse. Delhi next take on Royal Challengers Bangalore on April 21 in Bengaluru.