On the eve of the game, practice of both teams were cut short due to rain.

"By the time I came, they had covered the wicket so I could not see the wicket. We haven't thought about the toss, will decide it tomorrow," KKR captain Dinesh Karthik said at the pre-match conference.

Kohli hit the nets straightaway after taking the field and batted for close to 30 minutes before light drizzle halted proceedings.

KKR followed RCB but just as they were warming up, rain cut short their rehearsal.

Dashing Australian opener Chris Lynn and West Indian all-rounder Andre Russell were at the nets for the hosts. Light to moderate rain and thundershowers are expected in the city as the cricketers and fans will have their fingers crossed for the marquee IPL clash. 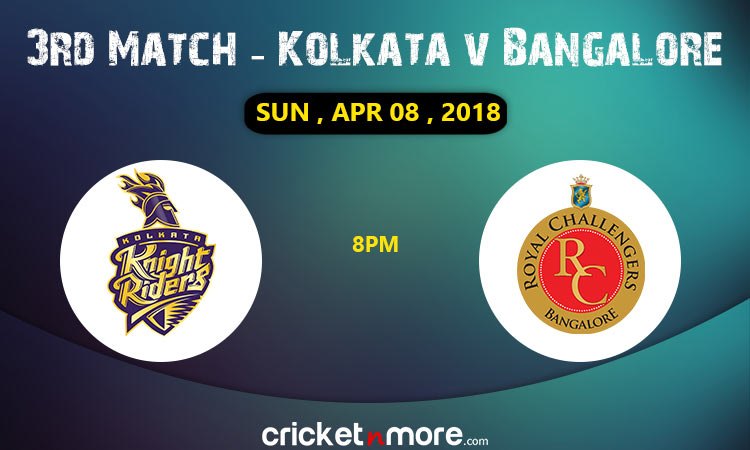