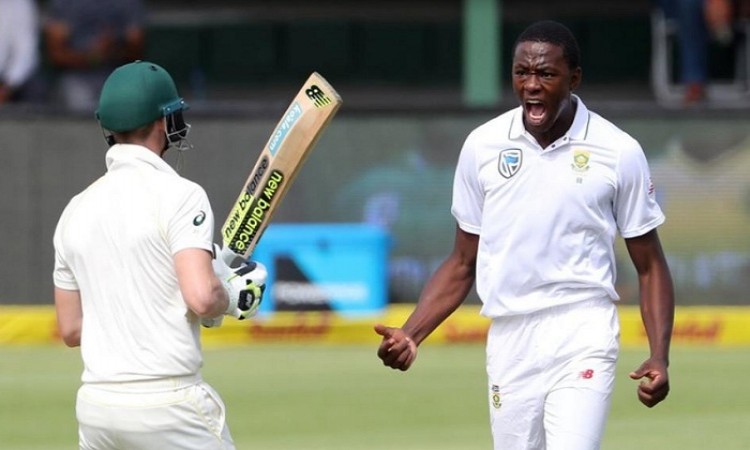 Dubai, March 12 (CRICKETNMORE) - For the second time in four days, South Africa paceman Kagiso Rabada found himself in a soup on disciplinary grounds with the International Cricket Council (ICC) confirming on Monday that the pacer has been reported for a new level one offence.

The fresh charge relates to the send-off he gave Australia vice captain David Warner after dismissing the opener on Sunday, the third day of the second Test at St. George's Park -- the same day that he was contesting a more serious charge related to his on-field behaviour with Aussie skipper Steve Smith on the opening day of the match.

A Level 1 offence carries with it a maximum of 50 per cent match fee fine and two demerit points.

Earlier, Rabada was hit with a level two charge for the Smith incident, which carries a sanction of three or four demerit points.

This is the fourth instance that the 22-year-old fast bowler have been charged, two of which have been for send-offs.

In the recently concluded series against India last month, Rabada was charged for using language which could provoke an aggressive reaction from another player in the send-off of India batsman Shikhar Dhawan.

ICC match referee Jeff Crowe will deliver his verdict later on Monday after which the Proteas will get a clearer picture of whether the pacer will be available for the remaining two Tests of the four-match series against the Kangaroos.