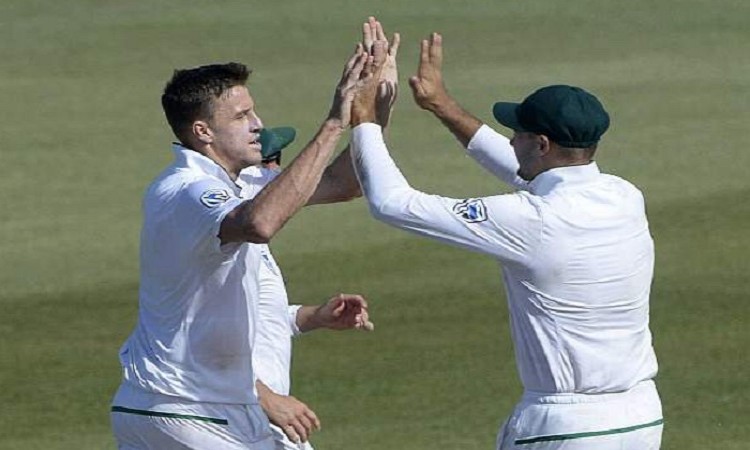 Needing to achieve a world record chase of 430 runs for a win, the Australians suffered a batting collapse in their second innings and were bundled out for a mere 107.

Morkel ran through the Australian middle and lower order to return figures of 5/23. He finished with a match haul of nine wickets following figures of 4/87 in the first innings.

South Africa started the day at 238/5 in their innings.

They lost AB de Villiers early in the day as the veteran batsman was dismissed by Josh Hazlewood for 63.

Quinton de Kock and vernon Philander then added 55 runs between them to extend South Africa's advantage. The former scored a patient 65 before being caught behind off Pat Cummins six overs before lunch.

Rabada took South Africa's lead to 400, smashing two successive fours off Mitchell Starc. He became Nayhan Lyon's 300th Test victim when he came down the pitch and was stumped by wicketkeeper Tim Paine.

Morkel was then bounced out by Hazelwood as South Africa were all out for 373.

Cummins, Hazlewood and Lyon picked up three wickets each for the hosts.

Australia were off to a steady albeit slow start in their second essay with openers David Warner and Cameron Bancroft putting on 47 runs by tea.

But mayhem followed in the final session of the day as Australia lost all 10 wickets fell for 50 runs in 19.4 overs.

Morkel led from the front, producing some ferocious bounce on the pace friendly Newlands pitch.