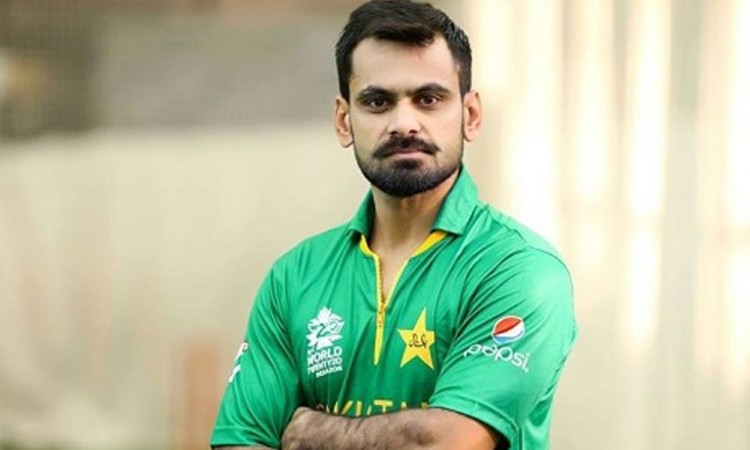 Lahore, May 19 (CRICKETNMORE) - The Pakistan Cricket Board (PCB) has issued a show cause notice to veteran all-rounder Mohammad Hafeez, who raised objections over the International Cricket Council's (ICC) procedure of dealing with suspect bowling actions.

According to a report by cricbuzz, the board on Friday also sought an explanation from the 37-year-old within the next seven days beside barring him from speaking to the media.

"Basically, he (Hafeez) has been served a notice for criticising the ICC in an interview. He was sent the notice in on Friday evening through e-mail and has seven days to reply," a PCB spokesperson said.

After being reported of flexing his elbow more than the permissible 15 degrees in a match against Sri Lanka in 2017, Hafeez was allowed to resume his bowling on May 1 following a reassessment of his action on April 17.

The results of Hafeez's test at the Loughborough University showed that his elbow extension was within the permissible limit.

In a recent interview to BBC Urdu, Hafeez had said that the ICC officials were perhaps a little lenient regarding bowlers from specific countries.

"There are so many things influencing all this - it has a lot to do with the power of (some) boards and nobody wants to take them on. Mostly there are soft corners and relations between people which no one wants to spoil," Hafeez alleged in his interview.

"What I say is why not implement the rule and get every bowler in the world to go through (testing). What's the difficulty in that?," the Pakistan all-rounder further questioned.