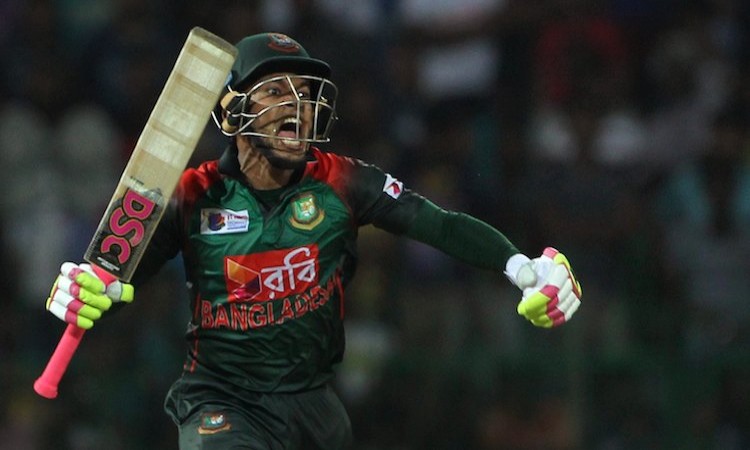 Put in to bat, Sri Lanka posted a huge total of 214 for six. In reply, Bangladesh overhauled the target with five wickets and two deliveries to spare as they recorded the fourth highest total to be chased down in T20I cricket.

Mushfiqur Rahim plundered 72 not out off 35 deliveries, with the help of five fours and four sixes as took Bangladesh over the rope for their first win in the tournament.

Earlier, Kusal Perera (74 off 48) and opening batsman Kusal Mendis (57 off 30) starred for the hosts. They shared an 85-run partnership for the second wicket after the loss of opener Danushka Gunathilaka (26 off 19). Mendis and Gunathilaka had put 56 runs for the first wicket in 4.3 overs.

The Perera-Mendis pair then continued the assault on the visitors, who had lost to India on Thursday.