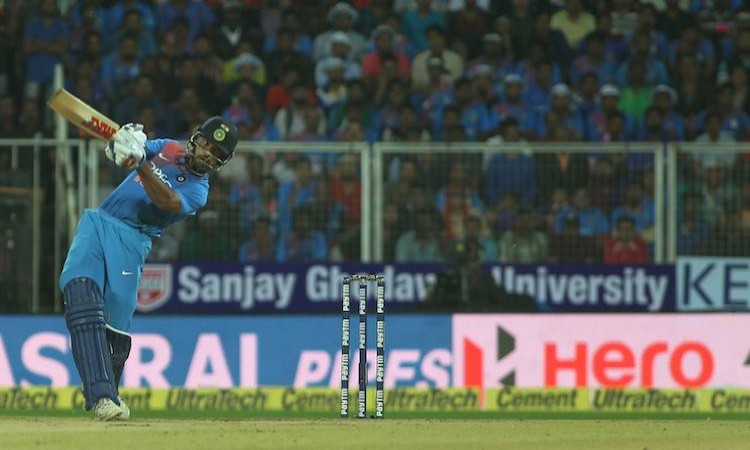 Thiruvananthapuram, Nov 7 - India posted 67/5 in their allotted eight overs in the third and final Twenty20 International (T20I) at the Greenfield International Stadium here on Tuesday.

With heavy rain lashing the city, the start was delayed by a couple of hours and the match was reduced to an eight overs a side affair.

Asked to bat first by the Kiwis, the hosts ran into trouble in the third over when Southee sent back openers Shikhar Dhawan and Rohit Sharma off consecutive deliveries.

Indian skipper Kohli had a promising start, smashing leg-spinner Ish Sodhi for a boundary and a six off back to back balls before falling later that same over while attempting to send another delivery into the stands.

Sodhi bagged another wicket in his next over when Shreyas Iyer mistimed his shot and holed out to Martin Guptill at long off.

With Hardik Pandya and Manish Pandey seeming dangerous with the bat, it seemed that India will go past the 70-run mark.

But Boult produced an excellent final over to contain the hosts to a manageable total.

Pandey was caught at the boundary by an excellent fielding effort by Colin de Grandhomme and Mitchell Santner while attempting to hit a Boult delivery out of the park. Santner had made the initial catch but even as he was falling to the ground he lobbed the ball to de Grandhomme.