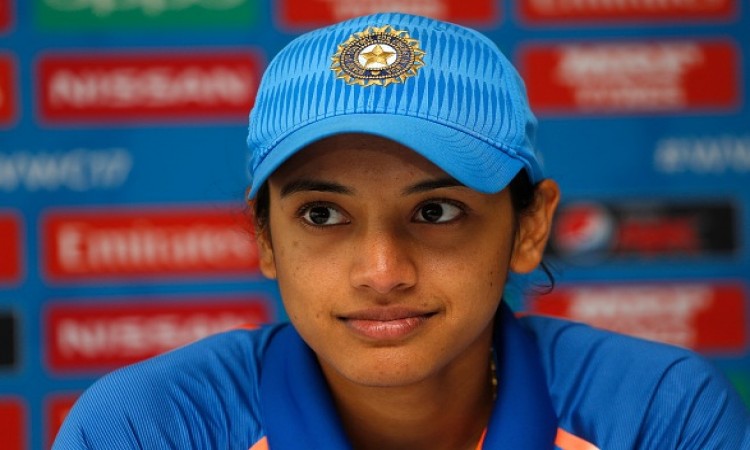 Mumbai, March 29 (CRICKETNMORE) - India women ended their triangular T20 tri-series with a bang, defeating England by eight wickets for their first win of the series at the Barbourne Stadium here on Thursday.

Asked to field, the Indian bowlers did well to trigger a middle-order collapse after England blazed away, shooting them out for 107 in 18.5 overs. Thereafter, Smriti Mandhana, scoring her third half-century in four T20Is, helped India knock off the target in 15.4 overs.

Mandhana ended unbeaten on a 41-ball 62 and had captain Harmanpreet Kaur for company on a 31-ball unbeaten 20.

Victory came as much-needed relief for India, who were win-less in their three matches so far in the series and were swept 0-3 by Australia women in the One-day International series earlier this month.

England blazed away with the in-form Danielle Wyatt again picking boundaries for fun. England had 54 on board after the powerplay for the loss of just Amy Jones (15).

Another tall total looked on the cards, but when Wyatt lobbed a return catch to Deepti Sharma for a 22-ball 31, India's fortunes turned for the better.

The spinners then ran rings around the English batters. Tammy Beaumont was dismissed for 10 by Poonam Yadav, the leg-spinner, before Anuja Patil, the offie, had Natalie Sciver sent back for 15.

Four of the last five batswomen were restricted to single-digit scores as Patil ran through the tail to end with 3/21.

All of Radha, Poonam and Sharma picked up two wickets each as well. England lost nine wickets for just 48 runs.

For India, it was a matter of keeping wickets intact and keeping the runs flowing. Mandhana was aware that a good start was imperative to avoid scoreboard pressure, and she powered away, hitting three consecutive fours off Katie George in the second over.

Her exuberance meant the early loss of Mithali Raj (6) didn't have much of an effect. She carried on finding the fence, even as Jemimah Rodrigues became Danielle Hazell's second wicket for a run-a-ball 7.

Mandhana finally had some support when Harmanpreet, sealed up one end, even as she continued playing her shots.

After the powerplay, India were 49/2, but needed just 53 runs more to win, at just over four runs an over.

That didn't necessarily mean Mandhana slowed down. She played her shots, bringing up her half-century off just 32 balls with a punch past point for four. It was her fifth half-century in six matches across formats.

By the time the match was over -- Alex Hartley sent down a wide when just a run was required -- Mandhana had eight fours and a six against her name, making for a fine end to what had been a long series for India.