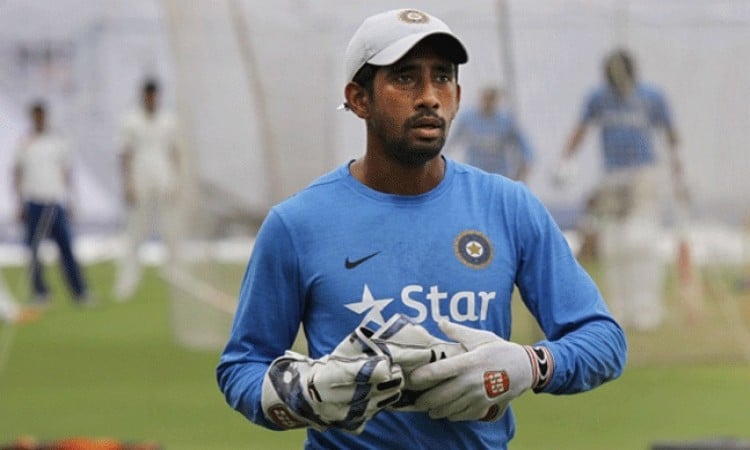 In New Delhi, May 28 (CRICKETNMORE) a bid to regain full fitness ahead of India's historic one-off Test match against Afghanistan next month, injured wicketkeeper-batsman Wriddhiman Saha will see specialist doctors to assess his thumb injury, the BCCI said in a statement on Monday.

Saha missed the Indian Premier League final for Sunrisers Hyderabad (SRH) due to a right thumb injury he picked up while playing the Qualifier 2 against Kolkata Knight Riders (KKR) at the Eden Gardens on May 25.

"To determine the future course of injury management, Mr Saha will see a specialist and the BCCI Medical Team will continue to monitor his progress," a BCCI media statement read.

Saha is the only recognised stumper in India's squad for the five-day affair in Bengaluru starting June 14. If the Bengal keeper fails to recover in time for the game, Dinesh Karthik or Parthiv Patel might get a look in.

Saha, 33, had a poor IPL managing just 122 runs in 10 innings at an average of 15.25. Behind the stumps also, the otherwise highly rated keeper looked shaky at times, dropping a few catches during the course of the cash-rich T20 tournament.

Saha had to return home from South Africa as well due to an injury he picked up during the first test at Cape Town.

After the Afghanistan Test, India will again be seen in white flannels in England where Virat Kohli and Co will play five Tests.