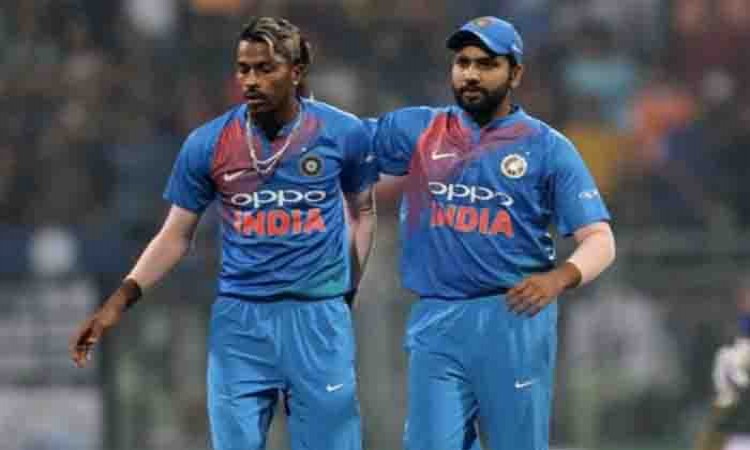 Mumbai, Dec 24 (CRICKETNMORE) - India restricted Sri Lanka to 135 for seven in the third and final Twenty20 International (T20I) at the Wankhede Stadium here on Sunday.

Asela Gunaratne (36 off 37 balls) and Dasun Shanaka (29 not out off 24) were the main contributors for the struggling visitors, who lost the first two T20Is in Cuttack and Indore.

Asked to bat by Rohit Sharma, Sri Lanka failed to click with their batting again. Both openers Niroshan Dickwella (1) and Upul Thranga (11) fell to left-arm seamer Jaydev Unadkat (2/15). While left-hander Dickwella was caught by Mohammad Siraj at mid-on, Tharanga played one to the hands of Hardik Pandya at deep midwicket, leaving his side at 18/3 in 3.3 overs.

In between these two wickets, debutant off-spinner Washington Sundar got Kusal Perera's catch of his own bowling as Sri Lanka struggled.