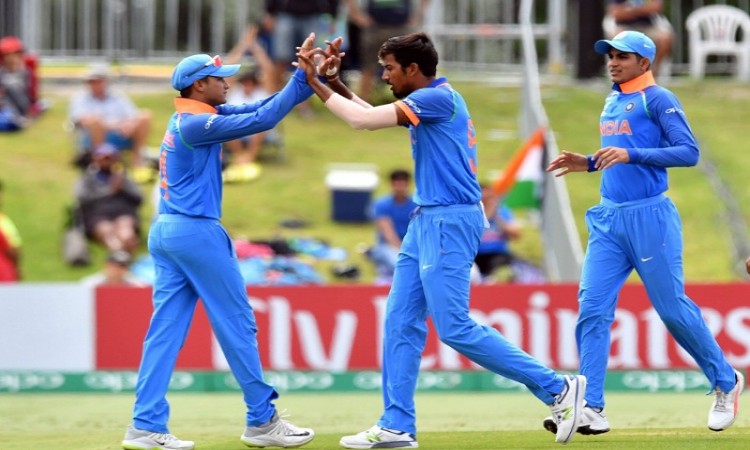 Tauranga, Feb 3 (CRICKETNMORE) - India rode on a disciplined bowling effort to restrict Australia to a meagre 216 in the final of the ICC Under 19-World Cup at the Bay Oval here on Saturday.

Jonathan Merlo top-scored for the Australians with a steady 102-ball 76, laced with six boundaries even as the Indian bowlers complemented each other well to bundle out the opposition in 47.2 overs.

Electing to bat after winning the toss, the Australians lost their three top batsmen with just 59 runs on the board, thanks to pacer Ishan Porel's twin strikes early on.