New Delhi, Dec 5 (CRICKETNMORE) - India were 192/4, swelling their overall lead to 355 at tea against Sri Lanka on the fourth day of the third and final Test at the Ferozeshah Kotla here on Tuesday.

Skipper Virat Kohli (25) and Rohit Sharma (28) were at the crease when umpires called for the break. 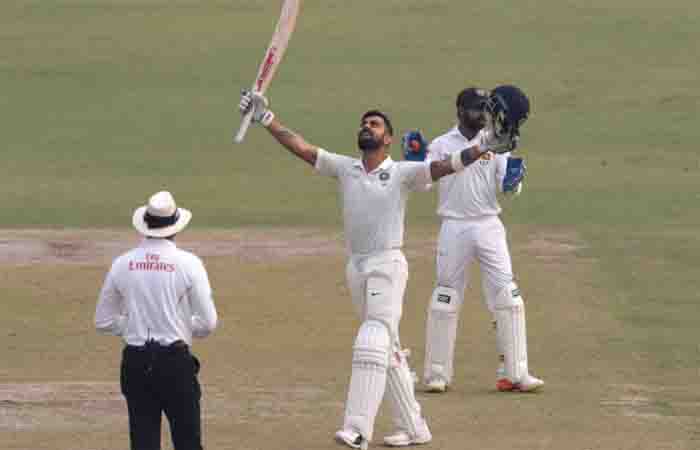 Resuming the second session at 51/2, Shikhar Dhawan (67) and Cheteshwar Pujara (49) played sensibly and added 55 runs to the score before Pujara was caught at slips by Angelo Mathews off Dhananjaya de Silva. Pujara's 66-ball innings was laced with five boundaries.

The fall of Pujara's wicket brought in Kohli, who along with Dhawan started troubling the Sri Lankan bowlers.