Cardiff, July 5 (CRICKETNMORE) - Fresh from a clinical eight-wicket victory over England, India will aim to clinch the series when they face the hosts in the second Twenty-20 International of the three-match rubber at Sophia Gardens here on Friday. The Men-in-Blue completely outclassed England in the first game as Kuldeep Yadav's fifer followed by Lokesh rahul's unbeaten ton guided Indian to comfortable victory at the Old Trafford. Virat Kohli will be expecting another dominant show from his side to set the tone for the long England tour. 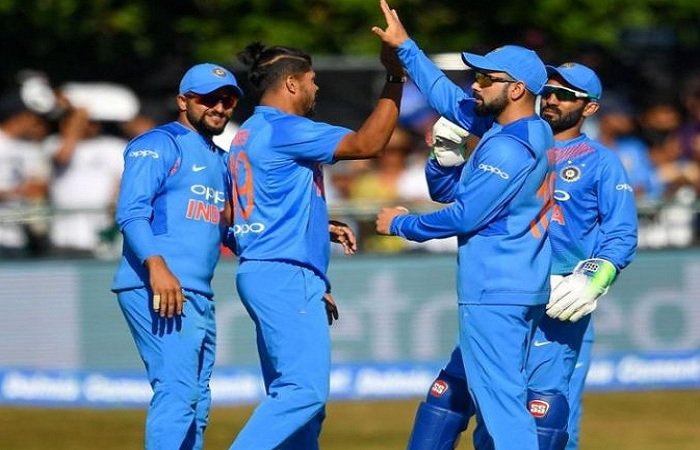 On Friday, the Indian team management is likely to stick to the same playing eleven as they will not try to disturb their winning combination.

In batting department, Opener Shikhar Dhawan, who failed in the first match would like to rectify his mistakes in the coming match while in bowling department, pacers were punished in the first 10 overs would like to display some disciplined bowling initially. On the other hand, the hosts will be desperate to bounce back in the series and would once again rely on opener Jos Buttler, who continued his purple patch of form with another fifty in the opening match.

In order to put a fight against the visitors, apart from Buttler, Jason Roy, Jonny Bairstow, Alex Hales, Jos Buttler and Eoin Morgan will have to quickly learn to read the spinners. While England spinner Adil Rashid did a fair job in the first outing, Moeen Ali was expensive and will have to be economical against the spin-friendly Indian batsmen.

The English camp will also miss the services of pacer Tom Curran, who has been ruled out of the remaining T20Is and the ODI series owing to a left side strain. A loss on Friday will see England drop down to rank seven below New Zealand, South Africa and West Indies, respectively.