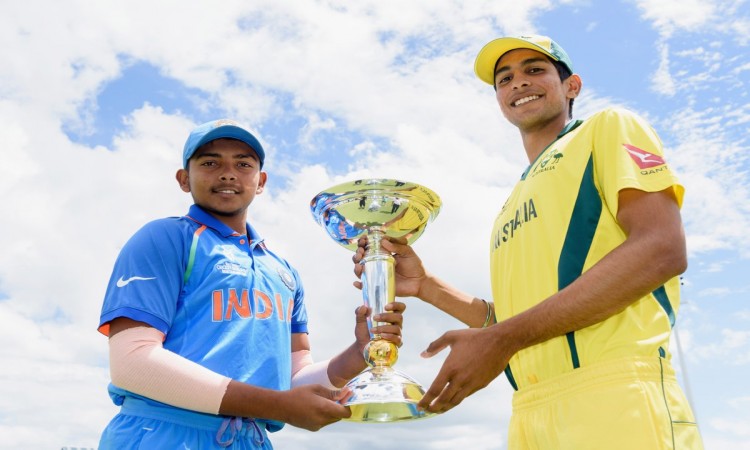 Tauranga (New Zealand), Feb 2 (CRICKETNMORE) - In a repeat of the 2012 edition, three-time champions India and Australia will aim to outplay each other when they face off in the final of the ICC Under-19 World Cup at the Bay Oval here on Saturday.

Fresh from a 203-run thrashing of Pakistan in the semi-final, India set their date with Australia, who had comfortably defeated Afghanistan by six wickets in the battle of the last four.

While both sides have been impressive throughout the tournament, India will believe they have edge, being the only unbeaten side in the competition.

Furthermore, Australia's only defeat -- by 100 runs -- came against India in their tournament opener.