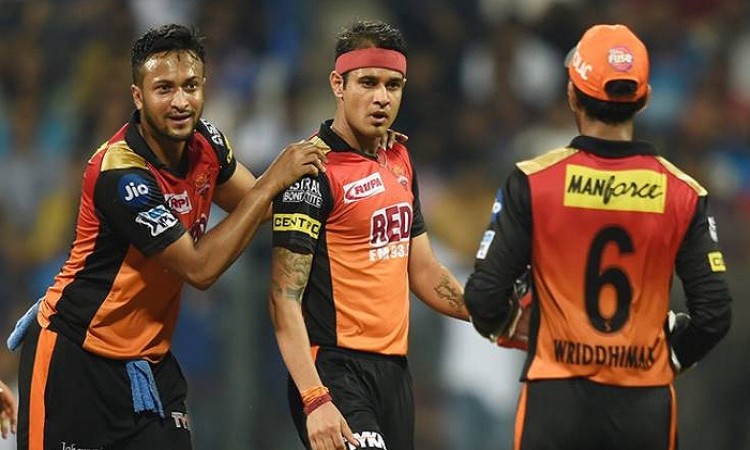 Mumbai, April 25 (CRICKETNMORE) - Sunrisers Hyderabad (SRH) pacer Siddharth Kaul has been reprimanded for breaching the Indian Premier League (IPL) code of conduct during a match against Mumbai Indians at the Wankhede Stadium here.

"Siddarth Kaul, the Sunrisers Hyderabad bowler, was issued a reprimand during his team's Indian Premier League encounter against Mumbai Indians at the Wankhede Stadium on Tuesday," an IPL statement read on Wednesday.

Also Read: ICC meet: Afghanistan to play England, Australia in Tests, no India in next FTP

"Kaul admitted to the Level 1 offence under 2.1.4 of the IPL code of conduct for players and team officials and accepted the sanction," the statement added.

What resulted in the breach of conduct was however, not mentioned in the statement.

The 27-year-old has been in fine form this season, scalping nine wickets from six games.

He took three wickets during the 31-run win over Mumbai on Tuesday.