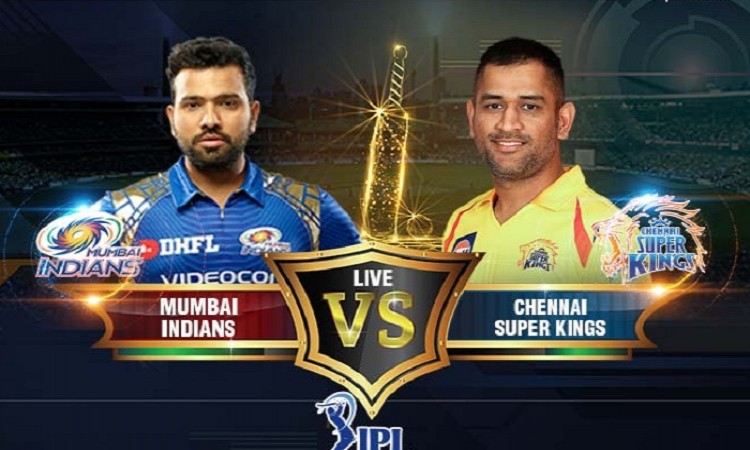 Pune, April 27 (CRICKETNMORE) - In a bid to keep their play-off hopes alive, Mumbai Indians will be eyeing victory in their Indian Premier League (IPL) match against a confident Chennai Super Kings (CSK) at the Maharashtra Cricket Association Stadium here on Saturday.

The Rohit Sharma-led side are lying at the seventh place in the eight-team points table after managing a single win from six games so far while CSK tops the chart with five wins from six matches.

When the two sides met earlier in this year's league at the Wankhede stadium in Mumbai, CSK had pipped Mumbai Indians by one wicket and with a ball to spare.

Saturday's game will be a must-win encounter for Mumbai if they want to survive in the tournament.

So far, the Mumbai batters have struggled, except for Suryakumar Yadav. Both the skipper and Kieron Pollard hve failed to fire in five of the six games.

Barring the match-winning knock of 94 runs against Royal Challengers Banglore (RCB), Rohit has failed to get past 20 runs in five innings.

Not just the batters, but the Mumbai bowlers have also let the team down. Twenty-year-old leggie Mayank Markande has been the find for Mumbai but lacked support from the others.

While Markande has scalped 10 wickets from six games, pacer Jasprit Bumrah has eight wickets in his kitty.

However, Bumrah, known as a ‘death overs' specialist, and Bangladesh pacer Muztifizur Rahman have not lived up to the expectations after leaking plenty of runs in the late stages.

Mumbai bowlers will need to perform as a unit to stop a in-form CSK batters.

On the other hand, Chennai have once again shown why they are considered as the most successful IPL team and will be looking to continue their dream run in the league.

Most of CSK batters - Shane Watson, Ambati Rayadu, Dwayne Bravo and skipper Mahendra Singh Dhoni are in form. Only Suresh Raina has failed to click and will be desperate to find his touch.

While Rayudu has amassed 283 runs from six games, averaging 47.16, Dhoni and Watson have accumulated 209 and 191 runs respectively.

Chennai batsmen have fired on more than one occassion, guiding CSK home. The yellow brigade has the ability to put a massive total on board or chase any challenging target.

In the bowling department, Shardul Thakur and Deepak Chahar have been impressive, leading Chennai's pace attack.

Also, all-rounder Watson has six wickets to his name with an economy of around eight.

Keeping in view their fine form, Chennai will once again be the favourites in Saturday's game against Mumbai.