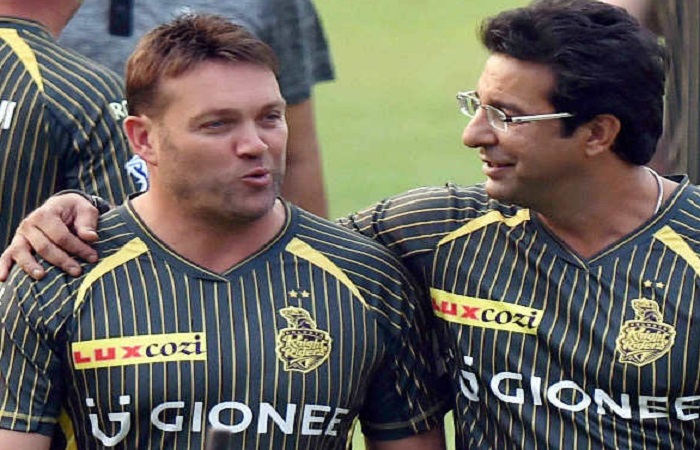 Surrey fast bowler Curran signed up for KKR after Starc was recently ruled out with injured right shin.

"Unfortunately Starc got injured but we have got replacement in Curran. We look forward to some exciting stuff from Tom. (He) should stand up and play a big role in absence of Mitchell," Kallis told reporters two days ahead of KKR's opening game at the Eden Gardens.

Curran might not possess express pace like Starc who is rated as one of the world's best pacers, but has skills which include a deceptive, back-of-the-hand slower ball, and a superb yorker.

Recently, the 23-year old picked up a maiden five-wicket haul in a thrilling ODI against Australia at the new Perth Stadium in January.

RCB had succumbed to a 82-run defeat at the hands of KKR here last year, getting skittled out for IPL's lowest score of 49 in reply to KKR's 131 all out. All the wickets were taken by the fast bowlers of the purple brigade.

Asked if that big-margin victory would be a morale booster, Kallis said: "Hopefully it (the big-margin win) does happen again for us.

"But we will have to see and have our plans in place. We will hope to execute them in the night with bat and ball."

RCB will once again start as favourites with the likes AB De Villiers, Chris Woakes -- who took three wickets for KKR in that match against RCB at the Eden -- Yuzvendra Chahal and Brendon McCullum among the star players in their ranks.

Kallis though refused to echo his batting coach Simon Katich who had said on Thursday that the hosts will start as underdogs.

"I think everybody starts as underdogs, everyone's a little bit nervous and first game of the tournament so new teams..some new strategies ..everybody will try to feel eachother out. The teams that get stuck in early on that'll start the tournament well," Kallis said.