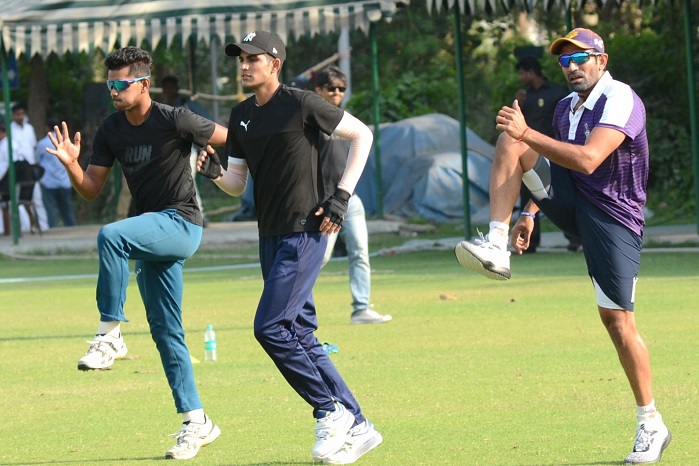 Newly-appointed captain Karthik became the toast of the nation after his freak cameo of 28 not out from just eight balls, guiding India to a last-ball victory over Bangladesh in the Nidahas Trophy T20 triseries final in Colombo on Sunday.

With five runs needed in the last ball, Karthik hit a six in quite dramatic fashion to seal the deal.

KKR, no doubt will be bolstered by his presence, and he is expected to join the squad later this month along with coach and South African legendary all-rounder Jacques Kallis.

There was no net session on Monday afternoon as the men in purple decided to start their pre-season training with light warm-up sessions.

A total of 11 players including vice-captain Robin Uthappa sweated it out.

KKR will begin their campaign at home against Royal Challengers Bangalore (RCB) on April 8.