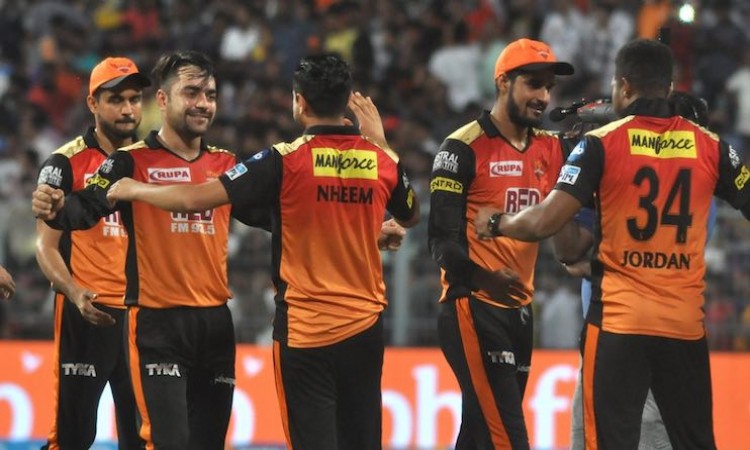 The leggie came up with a sensational figure of 3/19 against Kolkata last night apart from a quick-fire cameo of 34 from just 10 balls.

Rashid had also troubled Chennai in the first qualifier with figures of 2/11.

On the batting front, top scorer of the tournament Williamson has led from the front. The New Zealand skipper, rated as one of the best batters of the current generation, has so far amassed 688 runs in 16 games at an average of 52.92.

Williamson has also led admirably on the field.

Opener Shikhar Dhawan has also been good, amassing 471 runs from 15 games and Hyderabad's opening will mostly rely on him.

The middle-order however, needs to find their touch for one final time in the league as Manish Pandey, Wriddhiman Saha, Shakib Al Hasan and Yusuf Pathan have failed to live up to the expectations.

It will also be interesting to see whether Yusuf gets a chance in the playing XI in the mega final as the Baroda right hander has failed miserably in the present season, with just 215 runs from 15 games.

Overall, it could be another edge-of-the-seat match on a Super Sunday for fans when the two best teams of this year's league square-off for one final time.