Bengaluru, Dec 22 (CRICKETNMORE) - Former India cricketer Rahul Dravid on Friday said he is delighted to see young players getting a chance to play professional football along side some former international stars in the Indian Super League (ISL).

The 44-year-old Dravid who was roped in as Bengaluru FC's brand ambassador earlier in the ongoing season, attended his first ISL match and was impressed with the fan following the club and ISL has generated, terming it as ‘fantastic' for Indian football. 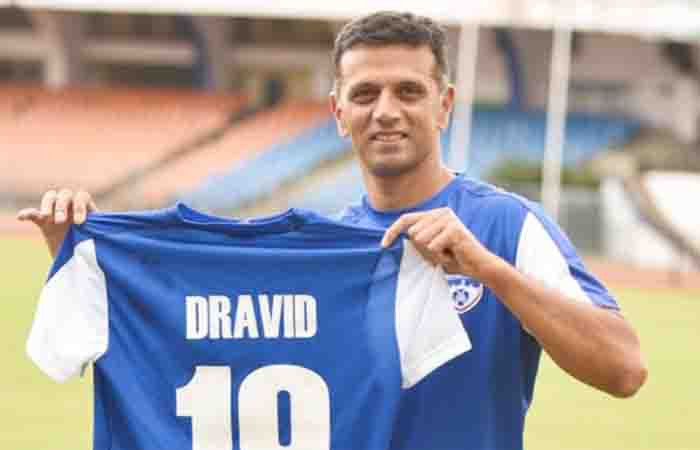 "It's great to see a lot of the young players coming through the academies and so many young Indian players are getting to play the game professionally at the highest level with so many international stars. I think it's fantastic for Indian football and great for Bengaluru FC as well," said the current coach of the Indian Under-19 cricket team.

"It's really great to be associated with BFC especially with the kind of supporters that they have. I think this team means a lot to Bengaluru city and you can feel it.