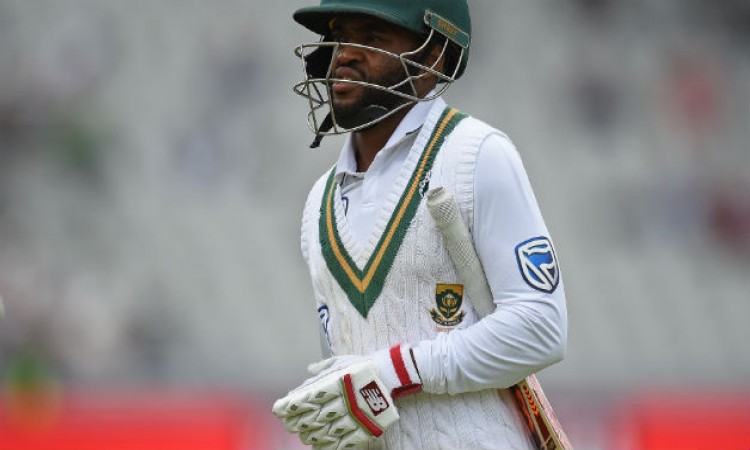 Johannesburg, Jan 22 (CRICKETNMORE) - South African top order batsman Temba Bavuma has been sidelined from the ongoing Test series against India after fracturing his right finger during a domestic one-day cup match, even as opener Aiden Markram continues to recover from a mild strain ahead of the third Test, starting here on Wednesday.

Bavuma will need three to four weeks of recovery time but will remain part of the Test squad, with the selectors opting not to name a replacement batsman.

Markram, on the other hand, will undergo a fitness test on Tuesday after suffering a mild quad strain during the Centurion Test and was unable to take the field in India's second innings.

South Africa already have an extra batsman in Theunis de Bruyn, who, like Bavuma, has not played in either of the first two Tests, which the Proteas won by 72 and 135 runs, respectively.