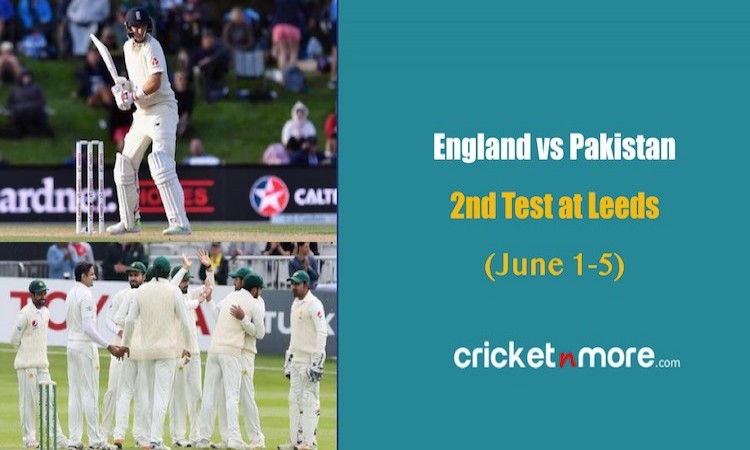 May 31 (CRICKETNMORE) - England will take on Pakistan in the second and final test at Leeds starting from June 1. The hosts were thrashed by nine wickets in the series opener at Lord’s on Sunday.

Pakistan would be high on confidence after their nine-wicket routing of England in the opening test match. England, on the other hand, will be aiming for victory to level the series. The home side has a good record in tests against Pakistan at this ground with just the one defeat from nine matches.

Who will win? Vote & Check the Poll Results