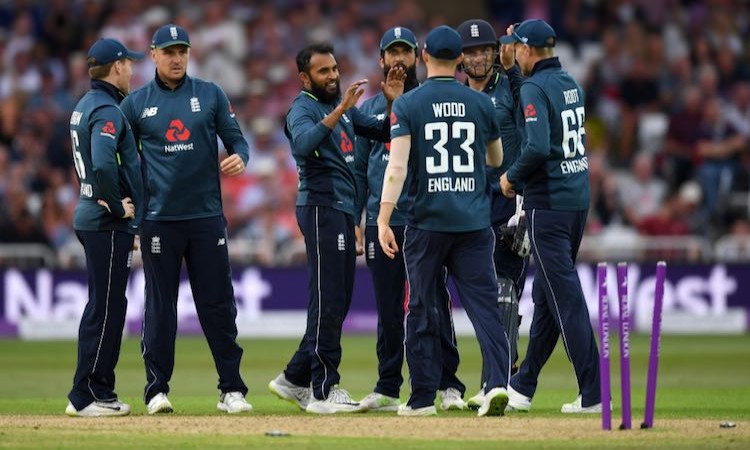 June 20 (CRICKETNMORE) - England thrashed Australia by 242 runs at Trent Bridge to take an unassailable 3-0 lead in the five-match series on Tuesday. England's post total of 481 for six, which is the highest ever scored in a men's one-day international, with Australia dismissed for 239 in reply.

Alex Hales (147) and Jonny Bairstow (139) both hit hundreds as England posted a new record ODI score following their 444 for three against Pakistan in 2016.

This was Australia's heaviest defeat at this level, in terms of runs, surpassing a 206-run loss to New Zealand in Adelaide in 1986. By contrast, England were able to enjoy their biggest victory in the format as they topped their previous ODI best,  210-run success against New Zealand at Edgbaston in 2015.

Faced with a massive target of 482, Australia were slumped to 239 all out with 13 overs remaining. England spinners Adil Rashid (four for 47) and Moeen Ali (three for 28) shared seven wickets