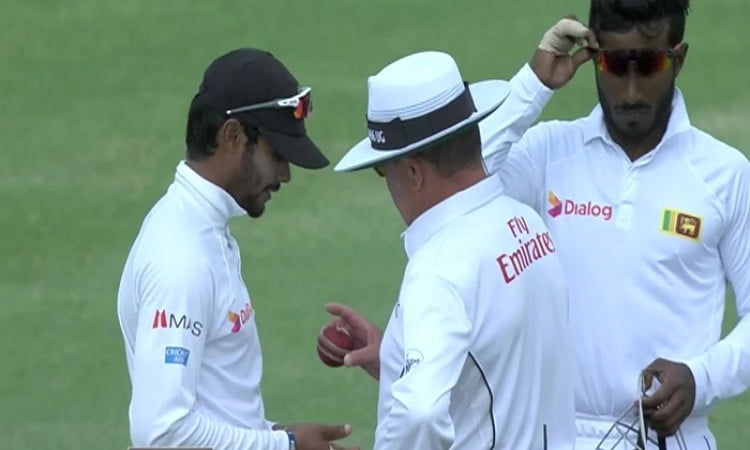 Gros Islet (Saint Lucia), June 17 (CRICKETNMORE) - Sri Lanka captain Dinesh Chandimal has been charged with "changing the condition of the ball", by the International Cricket Council (ICC), during the second Test against West Indies here. The game's global governing body announced the news on Sunday, saying more details would follow.

"Sri Lanka captain Dinesh Chandimal has been charged for breaching Level 2.2.9 of the ICC Code of Conduct. More details to follow in due course," the ICC said on its official Twitter account. Article 2.2.9 of the ICC's code of conduct relates to changing the condition of the ball in breach of clause 41.3 of the ICC Standard Test Match, ODI and T20I playing conditions.