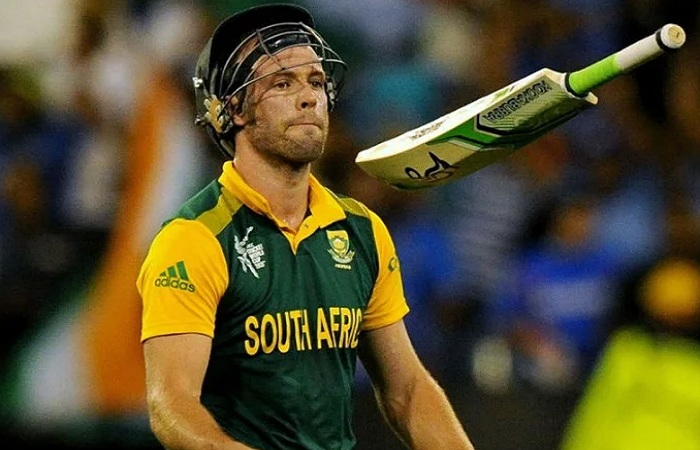 "Like your on-field game, may you have 360-degree success off the field as well. You will definitely be missed, @ABdeVilliers17. My best wishes to you!," Sachin wrote on his Twitter handle.

Sehwag meanwhile, felt that cricket will be poorer without the former Proteas skipper.

"Congratulations @ABdeVilliers17 , the most loved cricketer in the world, on a wonderful career. International cricket will be poorer without you, but you will continue to be celebrated by cricket fans around the world," Sehwag tweeted.

Laxman also took to social media to air his feeling on the sudden retirement saying: "Many congratulations @ABdeVilliers17 on a glorious Cricket career. You enriched the game with your ability, presence and mannerisms and will continue to be a role-model for aspiring cricketers. Wish you a very happy post-retirement life."

Legendary South Africa fast bowler Allan Donald was shocked to see the 34-year-old right-hander retire at the peak of his career.

"So shocked to here @ABdeVilliers17 has decided to call time on his international career. But that's just life and he feels it's time to move on. Thank you great man for your amazing Match winning Performances, Skill Captaincy and most of all your Humility," Donald said on the micro-blogging website.

The Board of Control for Cricket in India (BCCI) also joined the chorus of tributes for de Villers.

"As the Proteas legend @ABdeVilliers17 calls it a day on his international career, we at BCCI would like to wish him all the very best for his future endeavours," the board tweteed.

AB de Villiers, who featured in 114 Tests, 228 ODIs and 78 T20Is for South Africa, sprang a surprise when he announced on Wednesday he was bidding adieu to all forms of international cricket with immediate effect.