Cricket can expect some good from Cape Town shock 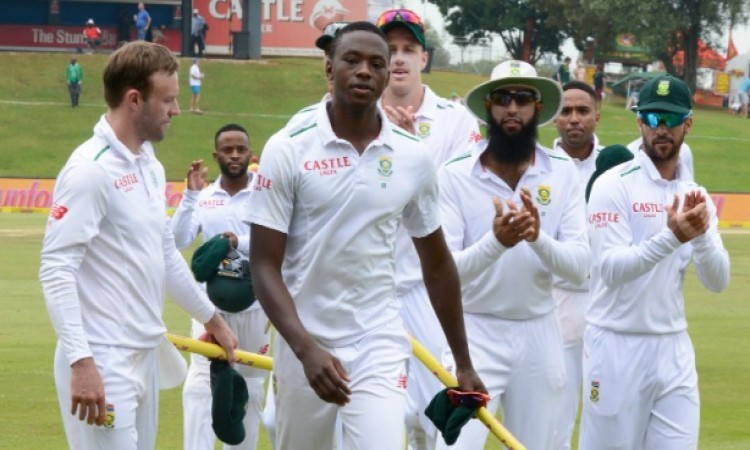 March 26 (CRICKETNMORE) - Australians proudly proclaim they play their cricket hard, now they have revealed they play so hard that they are out to win at any cost.

For someone like Steve Smith, one of the the best batsmen in world cricket, going by sheer weight of figures, it is hard to believe that he could resort to a stupid tactic like tampering with the ball to win a match, when scores of television cameras are catching every minute happening in detail.

In three years as captain of Australia, he has done everything a leader is expected to do and he is the No.1 batsmen in the International Cricket Council (ICC) rankings.

Yet, even the most liberal Australian cricket fan is today condemning Smith as a cheat after he had admitted to the ball-tampering plot in the third Test at Cape Town. Accepting the guilt does not mitigate the gravity of the crime.

Now even the ICC levels of offence and the punishment look inadequate as Smith was slapped a ban of just one Test and fined the entire Cape Town match fee while the young man (Cameron Bancroft) who exuberantly executed the disgusting plan 75 percent of his match fee.

After the reactions from cricket-loving Australian Prime Minister Malcolm Turnbull and former cricket stars, continuation of Smith as captain has become highly untenable.

The Prime Minister's shock is palpable: "It seemed completely beyond belief that the Australian cricket team had been involved in cheating."

"After all, our cricketers are role models and cricket is synonymous with fair play.

"How can our team be engaged in cheating like this? It beggars belief.

As ICC Chief Executive David Richardson said the decision of the leadership group is clearly contrary to the spirit of the game, and it "risks causing significant damage to the integrity of the match, the players and the sport itself."

It is beyond one's comprehension that an Australian team management did not know that to carry a foreign object on to the field with the objective of changing the condition of the ball to gain an unreasonable advatage. It is clearly against not only the Laws, but the spirit of the game.

Smith knew the enormity of his wrongdoing and promptly decied to stand down from captaincy midway through the just-concluded third Test which resulted in victory for South Africa and take an unbeatable 2-1 lead in the four-match series, though he blamed the entire "leadership", whoever he may have meant by that, for the detestable act.

The Australians have always been famous for their sledging, and their unprintable verbal on-field exchanges between individuals unnerved their opponents, disturbing their equanimity. This was part of their strategy, but seldom have they been so desperate to employ underhand methods to win a match.

Smith should have known what is fair and what is foul in international cricket. He once got away on India's tour last year, admitting he had a "brain fade" when he looked up to the players' enclosure in Bengaluru for a nod to go in for a DRS, but an alert English umpire Nigel Llong quickly thwarted it.

Interestingly, Llong was the umpire at Cape Town, and he, along with countrymen Richard Illingworth and third umpire Ian Gould, tracked down opening batsman Bancroft's suspicious on-field activity when he tried to use what looked like a piece of sandpaper or some stickly patch of substance to alter the condition of the ball.

It is not that Smith got into a fit all of a sudden to numb his thinking. He has had a record of on-field eruptions.

He was fined for his unacceptable behavior in the Christchurch Test and had his run-ins with fast bowlers, Englishman James Anderson and on the current tour with Kagiso Rabada. He was clearly unhappy that Rabada's ban for two Tests was overturned by an ICC inquiry committee.

After the Christuchurch flare-up, Smith stated that he should learn from his mistakes to be a better leader. This was two years ago and obviously he has not learnt anything from his past errors.

Having won the first Test and losing the second to be tied 1-1 before they went into the third match and there was no need for the Australians to get into a confrontational situation. Losing a Test or a series is not the end of the world.

The ball-tampering saga has its fallout on Indian cricket, Smith will not lead the Rajasthan Royals in the Indian Premier League (IPL) and his deputy David Warner, who has quit as Australia's vice-captain, may follow suit by relinquishing the Sunrisers Hyderabad captaincy.

It will also have its repercussions on all the Australians playing anywhere.

Cricket can expect some good from Cape Town shock.