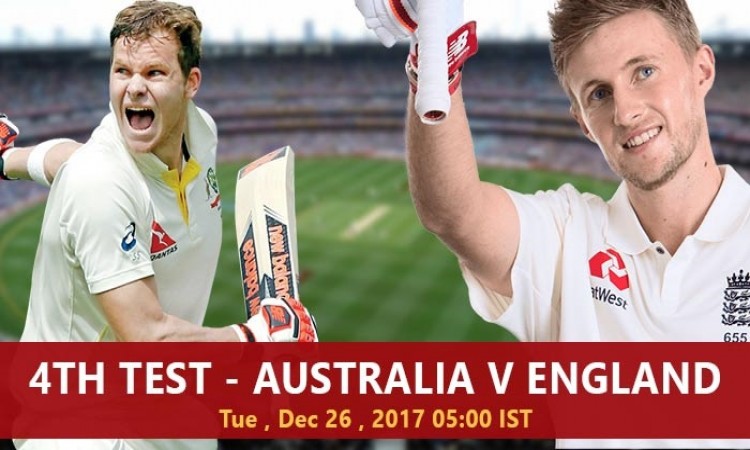 Melbourne, Dec 25 (CRICKETNMORE) - Australia will aim to continue their domination, while a bruised England will look to restore some lost pride as the fourth Ashes Test begins at the Melbourne Cricket Ground (MCG) here on Tuesday.

The Steve Smith-captained Australia have already pocketed the series having won the first three matches handsomely -- by 10 wickets in Brisbane, 120 runs in Adelaide and an innings and 41 runs in Perth.

But the hosts will now seek a repeat of the 5-0 sweep at home four years ago, while a beleaguered England will be scrapping for pride, particularly with question marks looming over several of their senior players.

Both teams made one injury-driven change apiece to their respective squads that featured in the third Test at the WACA ground in Perth.