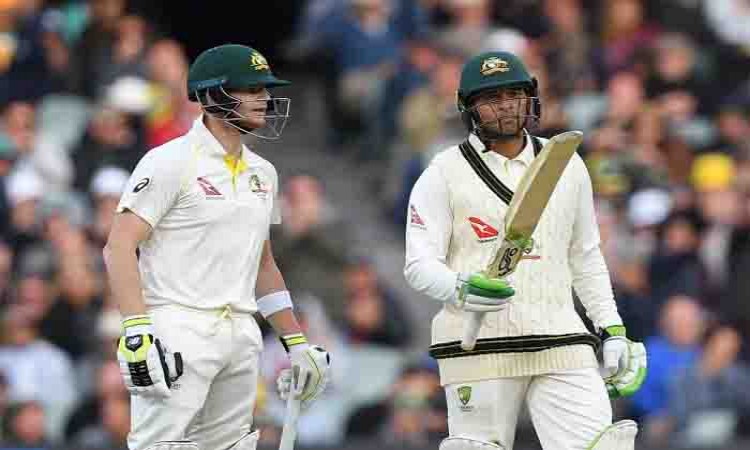 Khwaja, who notched up his 11th Test half-century, was at crease with skipper Smith when umpires called it a day. The two have stitched an unbeaten 107-run stand for the third wicket to help Australia trail by 153 runs.