New Delhi, Feb 22 (CRICKETNMORE):  A disciplined all-round effort helped Andhra outplay Delhi by six wickets in the fourth quarter-final match of the Vijay Hazare trophy at the Palam A Stadium here on Thursday. 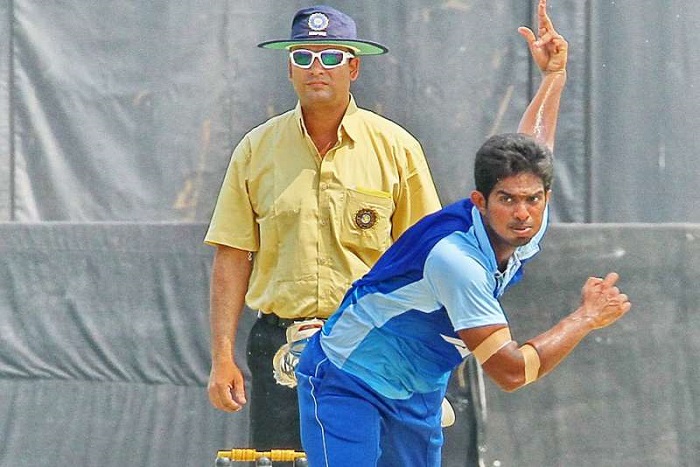 Put in to bat, the Andhra bowlers, especially Duvvarapu Siva Kumar (4/29) overpowered the Delhi batsmen and did not allowed them any latitude at the crease.

Apart from wicketkeeper-batsman Rishabh Pant (38) and middle-order batsman Dhruv Shorey (21), no other batsman rose to the occasion and Delhi got bundled out for 111 in 32.1 overs.

For Andhra, Bhargav Bhatt (3/28) also contributed handsomely with the ball.

In reply, Andhra started off on a dull note losing two wickets in four overs but opener Ashwin Hebbar (38) along with middle-order batsmen Ricky Bhui (36) and Bodapati Sumanth (25) played sensibly and made sure their team overhauled the target to advance.

Put in to bat, Baroda made 247/8 in their allotted 50 overs with Krunal Pandya (61) playing a crucial role. In reply, Saurashtra, chased down the target in the 49th over.

With this result, Maharashtra will face Karnataka on Saturday and Andhra will take on Saurashtra on Sunday in the semi-finals.