8 is good, but new franchise will be beneficial for IPL: Rajasthan Royals owner Badale 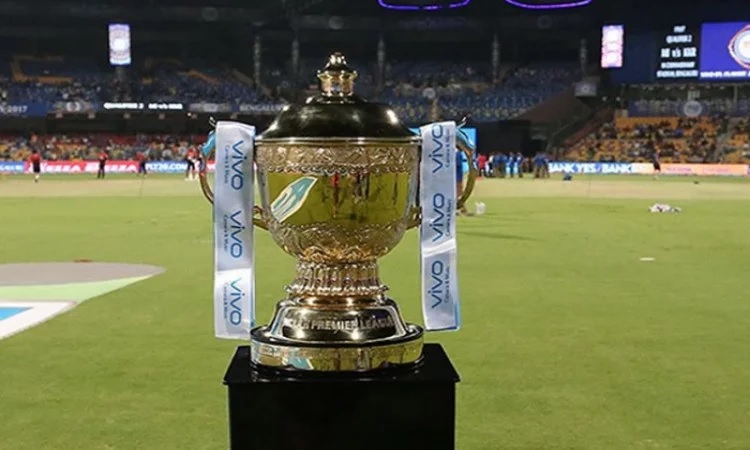 New Delhi, Dec 25: The last couple of years have seen constant talks of new teams joining the Indian Premier League (IPL) family and while it remains to be seen if the 2021 season will see the inclusion of one or two new franchises in the cash-rich league, inaugural season champions Rajasthan Royals owner Manoj Badale feels that it could be a blessing for the game if new teams come in.

Speaking to IANS on the road ahead for his team, the issues his team has faced, the constant change of support staff and how the Royals have been all about innovation, Badale said that while eight teams make IPL a happy family, adding a couple of new members to the family will only help promote the league and the game.

"We believe that eight is a good number of teams for the IPL given the length of the window and the logistics for all franchises and star. Adding a new franchise will, however, enable a new stadium to be played in, new fans to be deeply engaged in this amazing sport and more matches for our avid supporters, which are all certainly beneficial to the game," he explained.

Innovation and Royals definitely go hand in hand and with talks of playing international friendlies and bringing in the concept of Power Player into the system, who better than Badale to ask for a view on the changing times and scenarios. And the RR lead owner believes that there is always scope for experimenting and the idea of playing friendlies on foreign shores is a step that should be seriously looked into.

"We played the first and only ever international friendly in Lords in 2009 against Middlesex and would certainly be supportive of playing some friendly matches abroad each year.

"The support for the IPL in every cricket playing country around the world is huge, so we'd love to be able to give these fans the opportunity to watch their heroes up close and create incredible atmospheres in these fantastic stadiums.

"With regards to the Power Player, it's certainly an interesting innovation, but I'd have to get more details of how it would work before I could comment," he said.

Even as critics have often spoken about how owners tend to push into cricketing matters in the IPL, one man who has stayed far away is Badale and he feels that it definitely isn't his domain.

"It's no different to any business, where you have to back the professionals that manage the organisation. We have a quality coaching staff and captain that have the capacity to manage this team to success.

"It is the job of the coach and captain to motivate the team when the going gets tough. I will always be there for a casual conversation with the players after matches. My role is to ensure the culture and values that underpin our franchise are reflected in everything we do, and to help recruit the best leaders within the franchise," he said.

Asked if it has indeed been frustrating that despite all the freedom, the team hasn't really delivered on the big stage, Badale says it is part of a cycle.

"There have been frustrating times, but that is often part of building a business. I believe we as a franchise can achieve consistent success in the IPL and we've invested significantly to grow the brand and the IPL globally.

"There have obviously been challenges along the way, however we are now in a fantastic position with a quality coach, captain and a young squad that can compete for many years.

"The IPL is an incredible competition to be a part of and something completely unique in this world. We have the most amazing fans and whatever the result, their continued support always inspires me and motivates me to give them the success they so duly deserve," he pointed.

RR will always be remembered as the greatest ‘underdog story' in the history of Indian sports as they won the title in 2008 with Shane Warne guiding a bunch of youngsters to ultimate glory. And Badale says that while it is great to have stalwarts in the team like a Virat Kohli or M.S. Dhoni or a Jasprit Bumrah, he wishes to back his boys rather than thinking of individual personalities.

"These are all incredible players that any owner would love to have in their side. I have to commend the opposition franchises in securing these talented cricketers, however I do feel that franchises need to be built on more than star players. Franchises need to be bigger than any single player. We have built a team we believe can compete for the title this year and are excited for the challenge of playing against these highly skilled individuals," he smiled.

After quite a few changes in the leadership pattern, RR have stuck to Steve Smith and have roped in another Aussie in Andrew McDonald as the head coach. And Badale feels the duo has the potential to deliver the goods.

"We believe we now have the right combination of captain and coach for success. We ran an extremely robust process through the summer to select Andrew McDonald and are very happy with the appointment, while in Smith we have the captain with one of the best win records in the IPL.

"We have continually been learning about the best structure for a coaching team and qualities for a head coach, both internally and from teams around the world. We see the Head Coach role growing in importance in the future and believe McDonald is the man we can develop to be one of the best in the world," he signed off.