60th Anniversary Of 'One Of The Greatest Matches Ever Played'

Cricket Australia and the Cricket West Indies on Wednesday marked the 60th anniversary of the "Tied Test" at the Gabba with an international video conference featuring Alan Davidson, Neil Harvey, Lanc 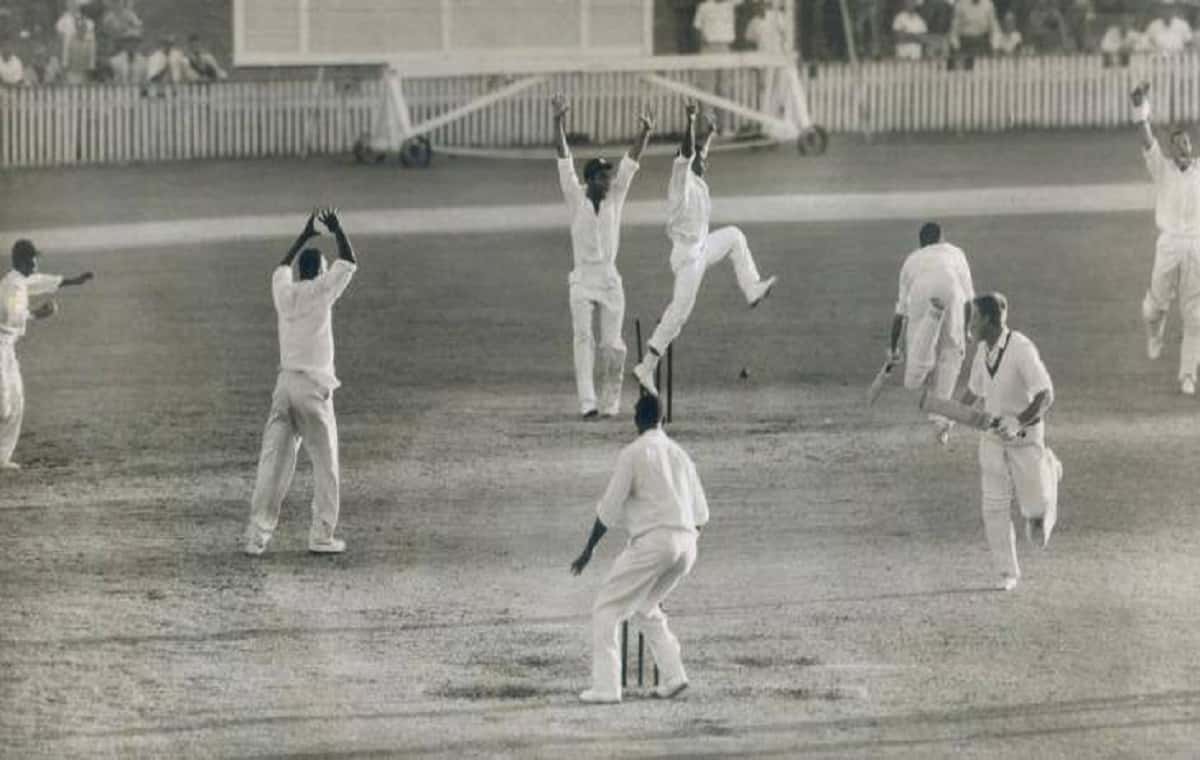 Cricket Australia and the Cricket West Indies on Wednesday marked the 60th anniversary of the "Tied Test" at the Gabba with an international video conference featuring Alan Davidson, Neil Harvey, Lance Gibbs, and Peter Lashley, all of whom played a key role in one of the most celebrated cricket matches.

That Test, played from December 9-14, was the first of two tied Tests ever played in the history of the game.


Aus A vs Ind A: Swepson, Abbott To Play In The 2nd Warm-up Game, Alex Carey To Captain

Earl Eddings, Chair of Cricket Australia, paid tribute to all those who took part in the famous Brisbane Test of 1960-61.

"The first Tied Test, which began 60 years ago today at the Gabba, will forever be regarded as one of the greatest matches ever played. When Joe Solomon ran out Ian Meckiff for the final wicket, the cricketing world stood captivated and a famous rivalry was born," Eddings said as per a CA media release.

Sir Garfield Sobers had scored a brilliant 132 in the first innings which helped the West Indies post 453 in their first innings. Sir Frank Worrell (65), JS Solomon (65), FCM Alexander (60), and Wes Hall (50) made other notable contributions.

In reply, Australia posted 505, riding on a stunning 181 from Norm O'Neill and 92 from RB Simpson.

In the second innings, Worrell again played a 65-run knock while RB Kanhai scored 54 before the visitors were bundled out for 284, thereby setting a 233-run target for Australia.

The match, however, had a dramatic finish as Ian Meckiff, the No. 11, got run-out when he alongside Davidson, attempted to pinch the winning single.

Hall claimed nine wickets in the match while Davidson, who top-scored for Australia with an unbeaten 80 in the second innings, scalped 11 wickets during the course of the game.

"In the Caribbean as in Australia, the Tied Test is regarded as a seminal sporting moment defined by tremendous skill, fierce determination and a spirit of friendship that endures to this day. It took 83 years for Test cricket to produce its first-ever tie. It will be remembered for eternity," Eddings said.

Ricky Skerritt, CWI President, said: "Remembering the first-ever Tied Test match from 60 years ago is a celebration of the greatness of Test cricket."

"It also reminds us that astute leadership, teamwork, and a never-say-die attitude are the same key qualities still required for Test match success today," he added.

The second tied Test was played between Australi and India in 1986 at the M. A. Chidambaram Stadium in Chennai.